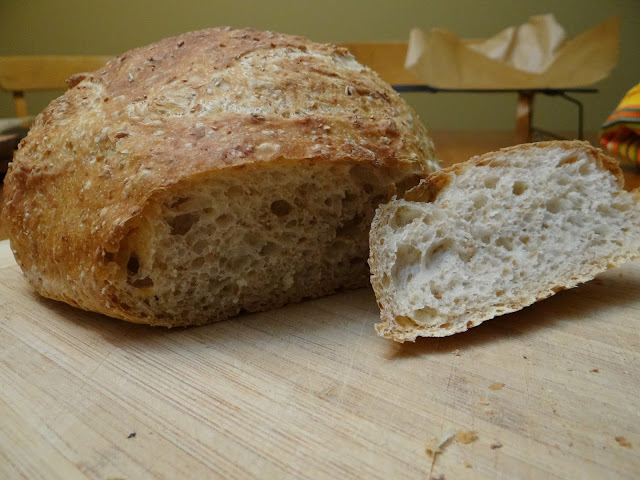 In the interest of science, I thought I would show the same recipe three different ways, the only difference being the type of whole grain I added to it.

I used my basic 2-3 White Bread recipe, adding 1/2 cup of each type of grain along with an extra 1/2 cup of water.  This bumps the hydration of the bread up from 66% to about 84% hydration, but uncooked whole grains and whole grain flours suck up more water than bread or all-purpose flour.

For the experiment, I used buckwheat flour, rolled oats, and wheat bran.  I was originally going to also use some cooked wild rice, but it all got eaten the night before.


For one loaf of bread, you will need:

1. In a large bowl, mix together your whole grain of choice with hot water.  This will release the sugars in the whole grain and makes the resulting loaf tastier.  This process is called autolyse, and some bakers swear by it. 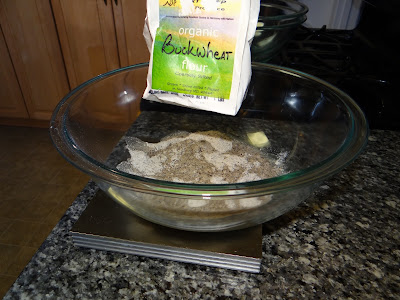 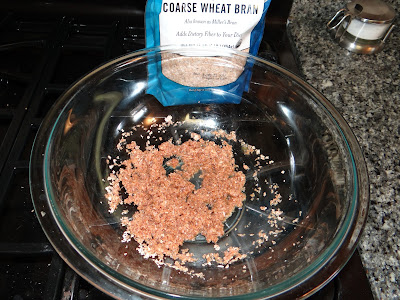 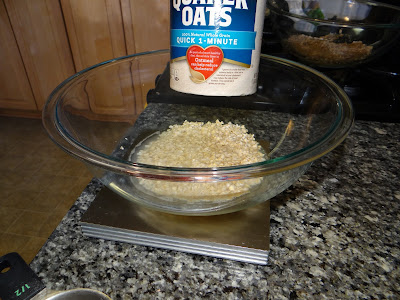 2. Let the whole grain and water mixture cool completely.  Then add the 375g of flour, 250g of water, and the salt and yeast.  Mix well.


3. Let the dough rise, stretching and folding every hour or so until the dough is smooth and the gluten is well-formed.  Like magic, the dough forms a more cohesive ball each time.  The dough in the top left corner is the rolled oats, the top right corner is the buckwheat flour, and the bottom center is the wheat bran.

Of the three, the dough that did the best in terms of rising and gluten formation was the buckwheat flour.

4A. If your dough is very cohesive, meaning it easily forms a smooth ball and stays that way, punch it down gently, shape it into a ball and place on parchment paper.  Preheat your oven to 450 degrees F with a cast iron dutch oven inside.

When your oven is ready, score the top of your loaf with a serrated knife or a razor blade.
Bake in the oven for 25 minutes with the lid of the dutch oven on.  After 25 minutes, remove the lid and bake for another 10-15 minutes.

4B. If your dough is very wet, like my rolled oats dough ended up being, you are not going to be able to score it.  Instead, bump the temperature up to 500 degrees F, scoop the dough into your dutch oven as best you can, and accept the jagged rips along the surface as artistic.

When the bread passes the thump test, meaning that it is very hard and sounds hollow when thumped smartly with a fingernail, remove from the oven and let it cool completely before cutting into it.  Or at least an hour if you can stand it.  The bread should crackle as it cools.

The flavor of the whole grains isn't very pronounced, but that is because the autolyse in the beginning took away some of the bitterness that whole grains can sometimes impart.

I hope this tutorial gives you the confidence to experiment with whole grains.  They are tasty and easy to use.

As always, let me know in the comments if there's a particular grain you like to use in your baking.