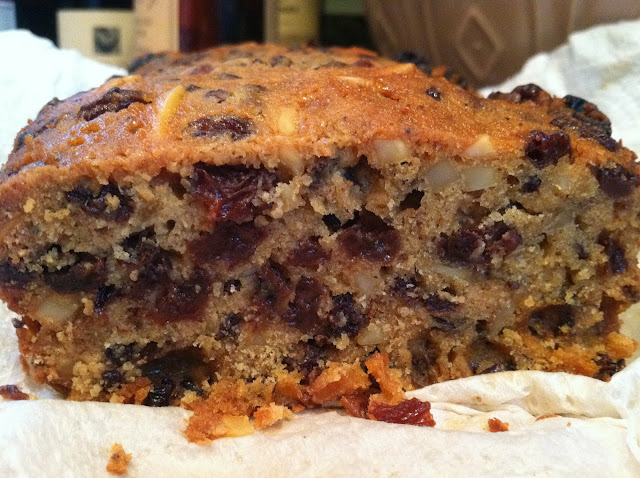 The past few years, Slow Learner (actually Mr. Bread Maiden's mother) and I have been celebrating Christmas by baking a batch of fruitcake. 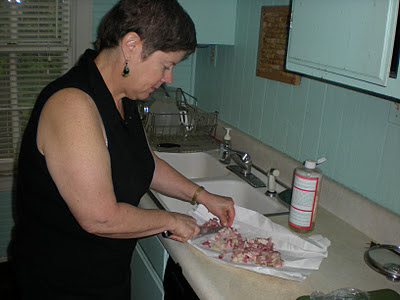 Fruitcake, if you don't know, is that much-maligned dessert bread chock full of fruit, nuts, spices, and a whole lotta alcohol.  When you think (or, before meeting Mr. Bread Maiden's kin, what I THOUGHT) of fruitcake looked something like this:


I don't even know what those green and red things are.

But all that changed.  Well, not the part about the green and red things.  I don't know if I want to know what those are.


The story goes, Slow Learner got the recipe from (you guessed it) Alton Brown.


Starting a few months ahead, she bakes the loaves and then once a week gives each loaf a spritz of brandy, which as an added bonus helps preserve it.  By the time Christmas rolls around, those things are good and smothered in the stuff. She serves it with whipped cream and more spritzes of brandy.

If you want to make the world's best fruitcake, Alton's recipe is here.

This year I'll be leaving the fruitcake-making to the expert.

Instead of making fruitcake this year, I decided to try my hand at a different type of fruit-alcohol-spices-bread combination.

I found a recipe for Jamaican Black Cake, which as one person online so eloquently phrased it, "is what fruitcake wants to be when it grows up." 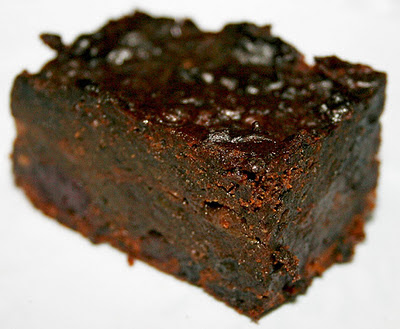 I got the above picture from a google images search and then was sucked into this website.  It shows why this cake bears more than a passing resemblance to British Christmas puddings.

Not too sweet, made with spiced rum instead of brandy, and mixed with some heaping spoonfuls of molasses, the recipe made my little Latin Americanist heart sing.


The recipe began here, but I made quite a few alterations along the way.

FOR THE DRIED FRUIT

A few days before you want to bake the cake, put about zest and dried fruit in a large plastic zip-top bag with spiced rum.  Suck all the air out of the bag before closing.  Let sit in the fridge for a few days. 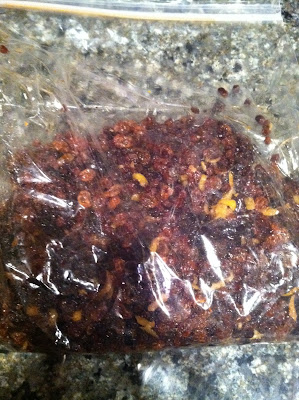 1. Preheat your oven to 325 degrees F and position a tray in the middle of your oven.  Butter two loaf pans. 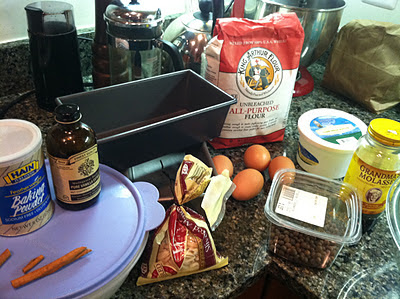 2. In one large bowl, whip the butter, sugar, vanilla and molasses. Set aside. 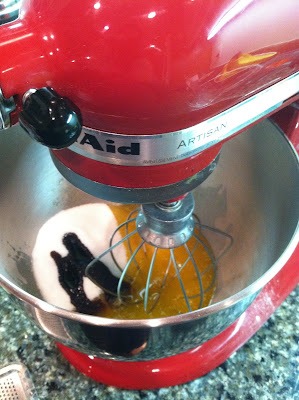 3. In a second medium bowl, whip the eggs with a dash of rum.  Set aside. 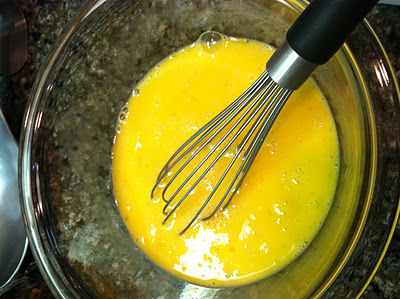 4. In a third medium bowl, mix together the dried ingredients.  Set aside. 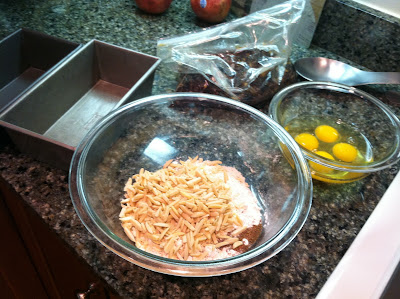 5. Add the egg mixture to the butter and sugar mixture. 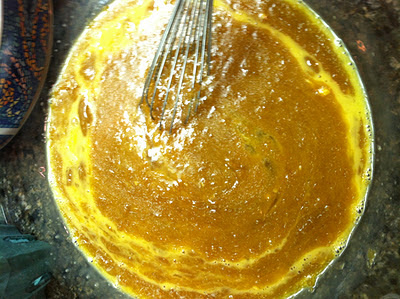 6. Add your rum-soaked fruit and nuts to the wet mixture. 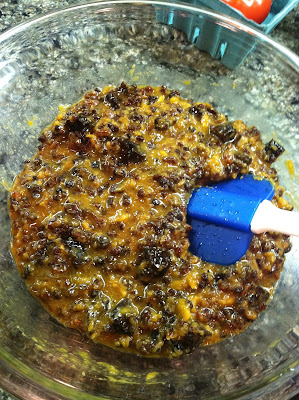 7. A little bit at a time, add the flour to the batter and fold it with a spatula to lightly combine. 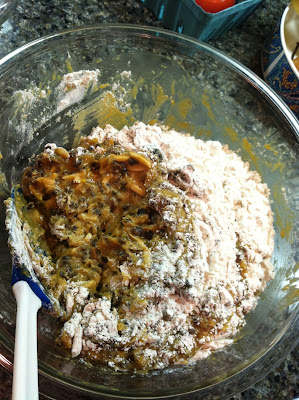 8. Divide your dough into the two loaf pans, and bake for 90 minutes or until the top is firm. 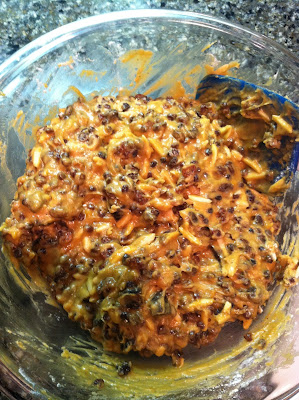 In order to make sure both loaves would bake equally, I used a kitchen scale to divide them by weight. 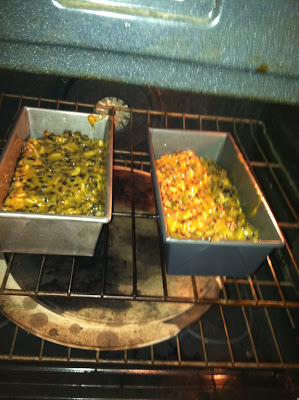 9. Let the loaves cool about 30 minutes in the pan, then take them out and let them rest on a cooling rack.  Since it was already 10:30pm and I was tired, I let them rest overnight. 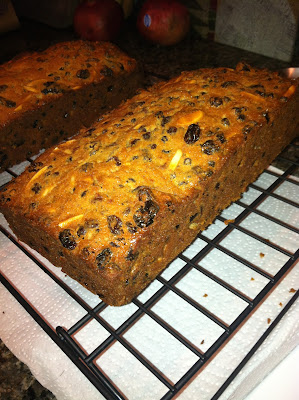 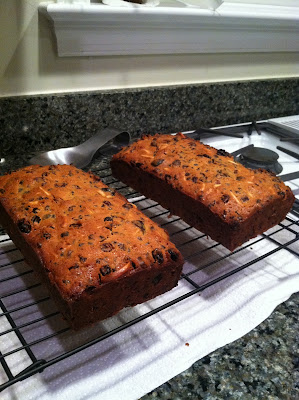 My first thought was, "those aren't as dark as I was hoping."  I think if I had used dark rum, the "browning," brown sugar, or blackstrap molasses, they would've been darker. 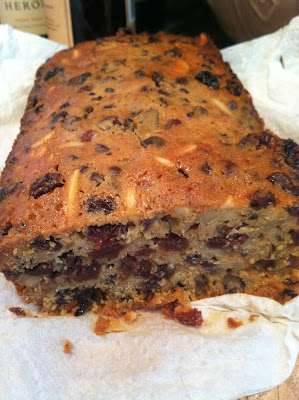 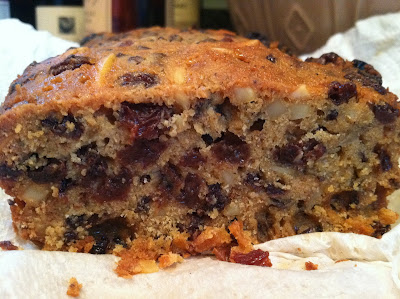 10. After they are cool, pour a good jigger of rum over the top of each cake and store in a plastic zip-top bag.  The alcohol acts as a preservative, so pour on!  The cake really absorbs a lot of liquid, so don't be stingy. 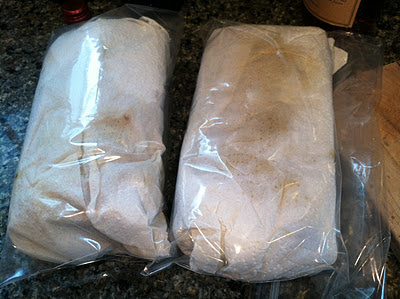 Even though they aren't as dark as they're supposed to be, when we took a bite this morning the cake was very tasty.  Success!  If I don't post before then, Bread Maiden and family wish you a very Merry Christmas and a Happy New Year!

I think you made a light fruit cake. Our (Trinidad) black cake is actually black, it looks like the google pic you posted above. Here is a recipe for our black cake. Tip, i soak the fruits in advance (one year) before using it. Soak the fruits according to the instructions, after one week process or blend it until its minced and put it back in the jar. Every month add cherry brandy (not to much) and mix in until you are ready to use in a recipe.

Three to Five Days Before:

Up to 5 days before you make the cake, chop up all the fruits for the fruit base. Place in a large bowl, pour in Angostura bitters, cherry brandy and rum (I use Bailey’s when I have extra $$$ and it really makes it extra special :) ). Leave in a cool corner, covered, to soak up the liquor. As I said 3-5 days before is the best option, 24 hours minimum if you must be ’so last-minute’!

On the Day Of:

Burn sugar until caramelized, add hot water gradually. Mix well and leave to cool.
Please be extra careful at this stage as a ‘browning’ burn is NOT a fun thing!

Once that is done…

1. Preheat oven to 250F (no that’s not a typo)
2. Cream the butter and sugar.
3. Add eggs one at a time, mixing to incorporate
4. Add lemon essence, lemon zest, almond essence and vanilla
5. Mix and sift flour, baking powder, mixed spice and nutmeg.
6. Gradually add sifted ingredients to creamed mixture
7. Mix in fruit base puree and ‘browning’
8. Pour batter into greased tins that have been doubly lined with brown paper or parchment paper
9. Bake for 3 hours
10. Once removed from the oven soak the tops with equal portions of the remaining bottle of rum.