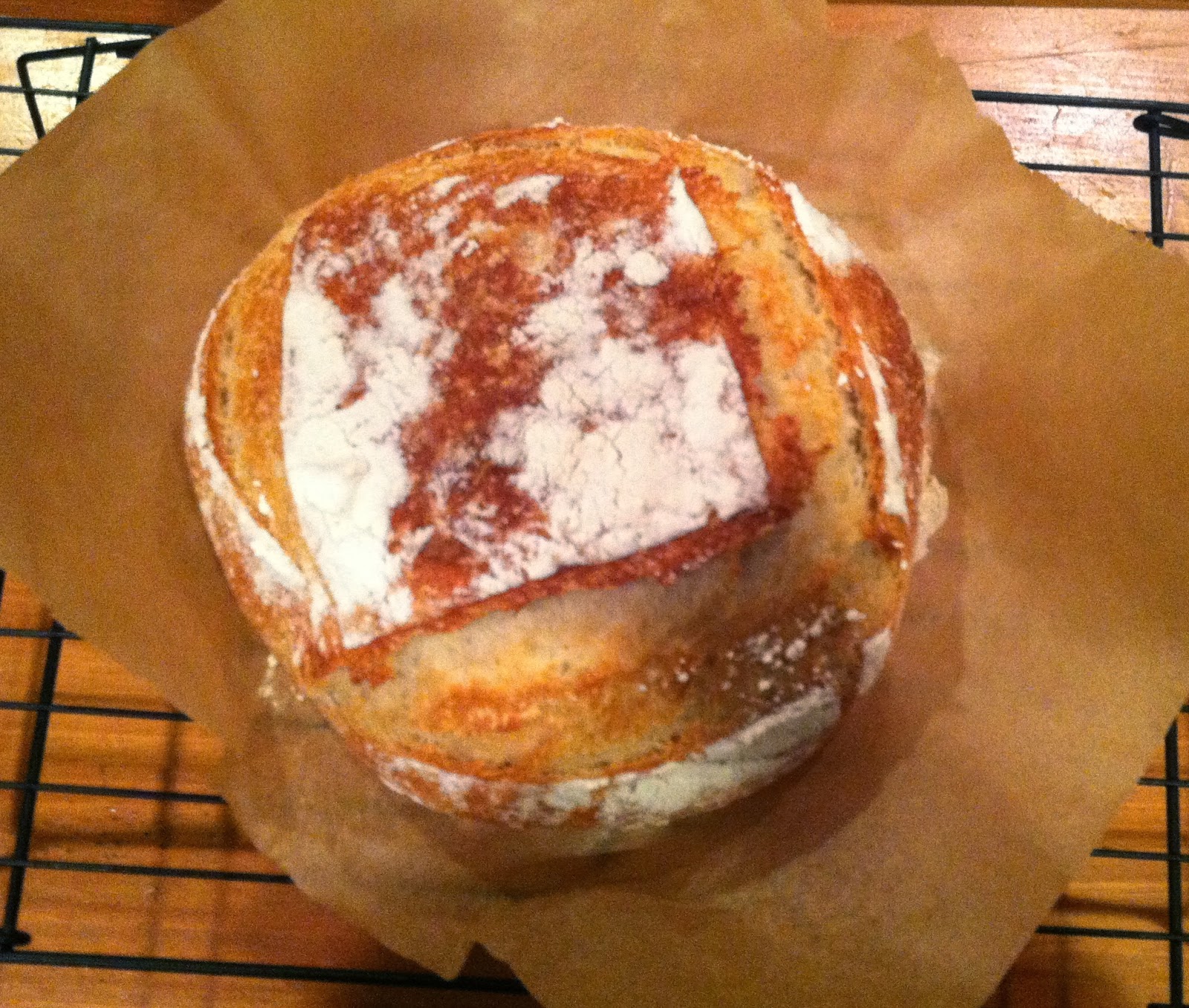 I wasn't really sure what to title this post.  I know the term pot liquor but it's not a term I grew up with.  However, bean water just sounds weird.  I dunno.

Let me back up.

Pot liquor (or pot likker, or potlikker) is the water that remains after cooking beans or greens.  It's a term mostly used in the South.  It forms a flavorful base for soups. 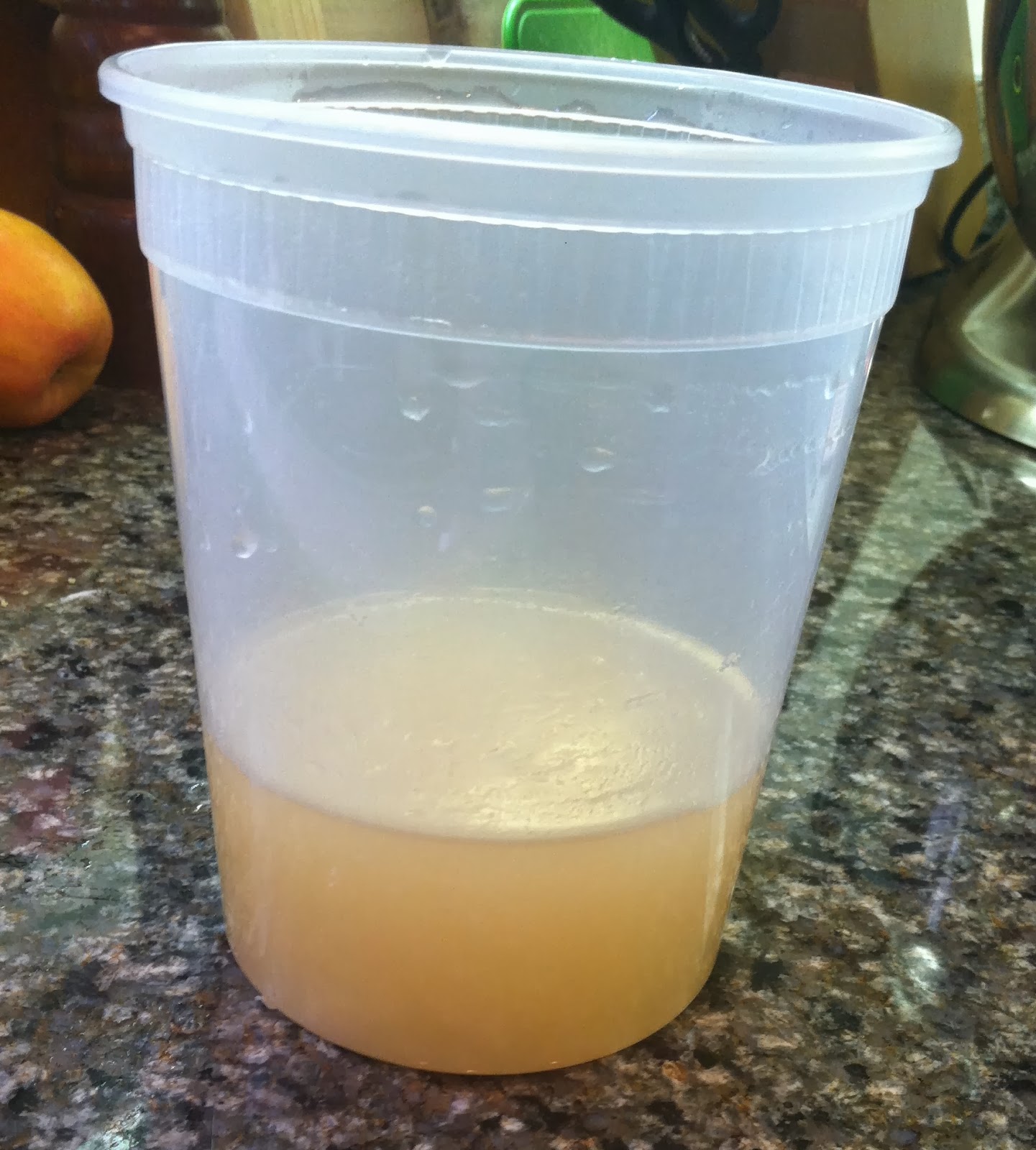 We found ourselves with a little over three cups of bean water after Mr. Bread Maiden made a batch of beans for cassoulet.  Since he was already making stew, there wasn't much point in using the bean water to make another soup.

But what about using it for bread?

I recalled a recipe for potato water bread in Peter Reinhart's book, which relied on the starchiness of the potatoes leaching into the water.

I put "bean water bread" and "bean pot liquor bread" in google but didn't come across any recipes for how to use it, except a commenter on this thread who said it "might" work.  Like me, he/she was familiar with Peter Reinhart's potato water recipe.

Other recipes I found called for bean water AND beans, but I didn't want to do that.  Plus Mr. Bread Maiden had used all the beans.

I figured if it didn't work, I would've thrown the water out anyway so it wasn't a huge loss.

I used my usual 2/3 hydration loaf, as seen here.   However, I did have to add extra bean water.  The extra protein doesn't dissolve into bread as easily as straight water. 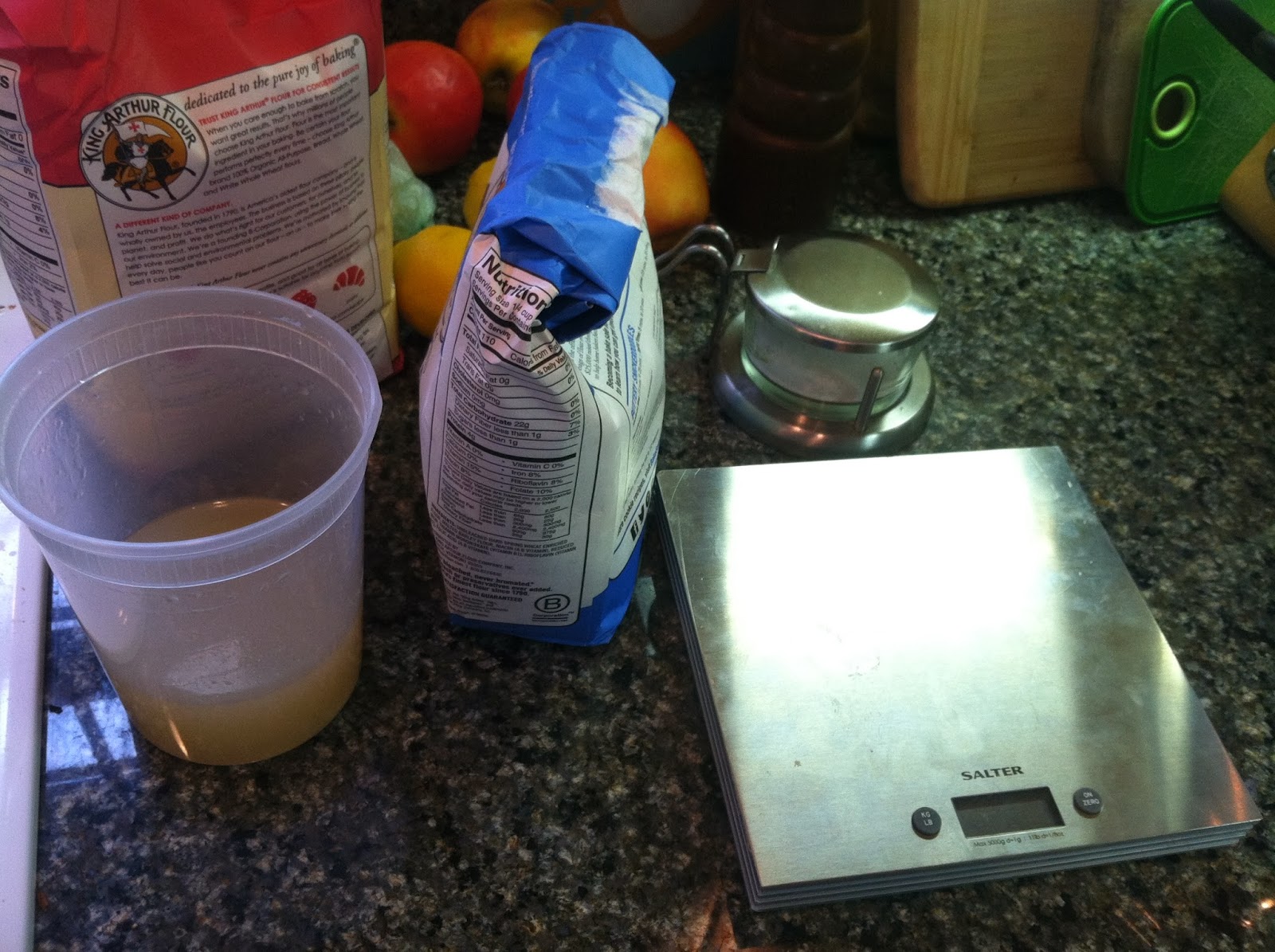 1. Weight out your flour in a large bowl.  Add the salt and yeast to the flour and whisk thoroughly. 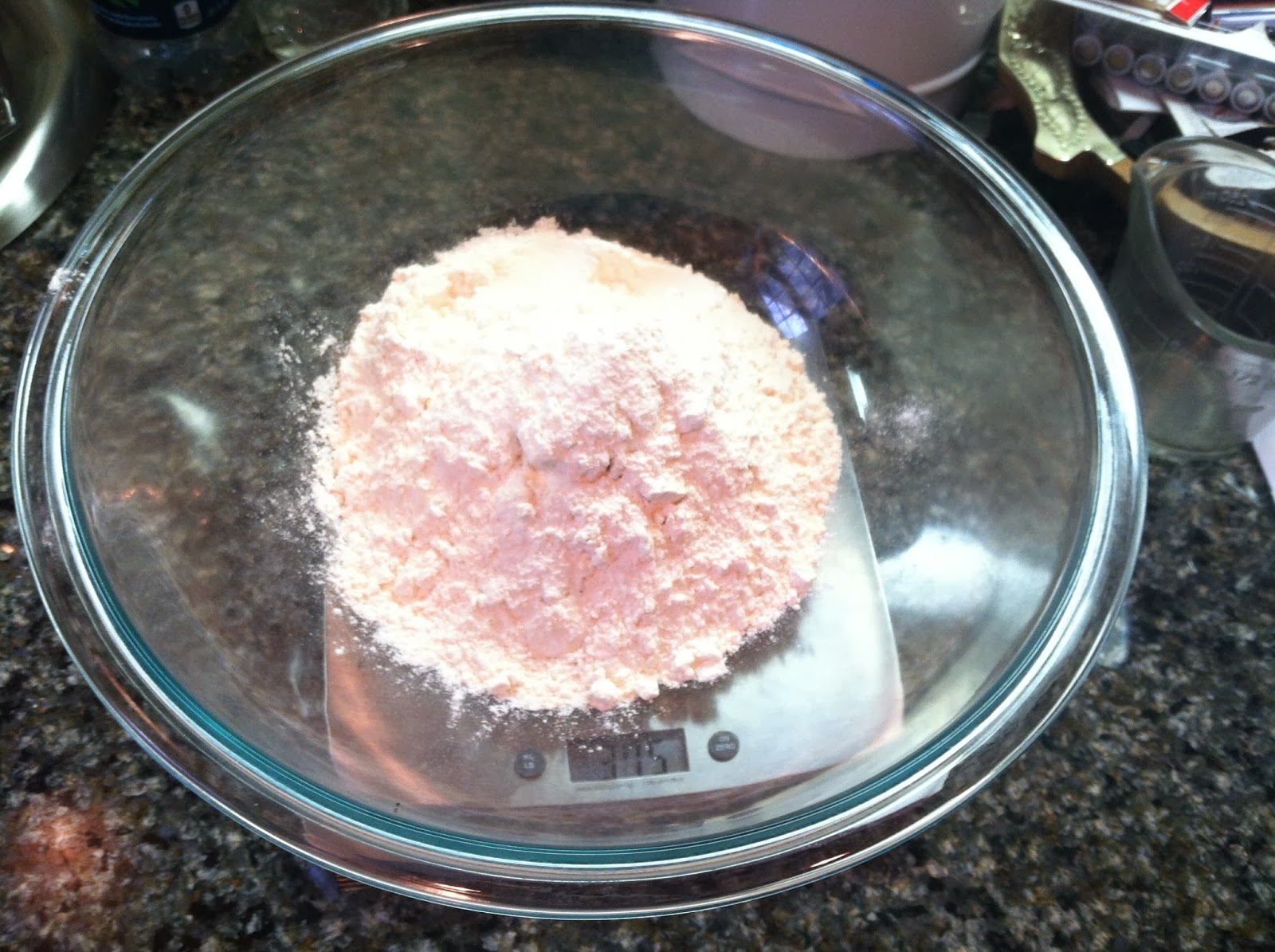 2. Weight out 250g of the bean water, keeping some on hand in case you need it.  As you can see, it'll be about one cup. 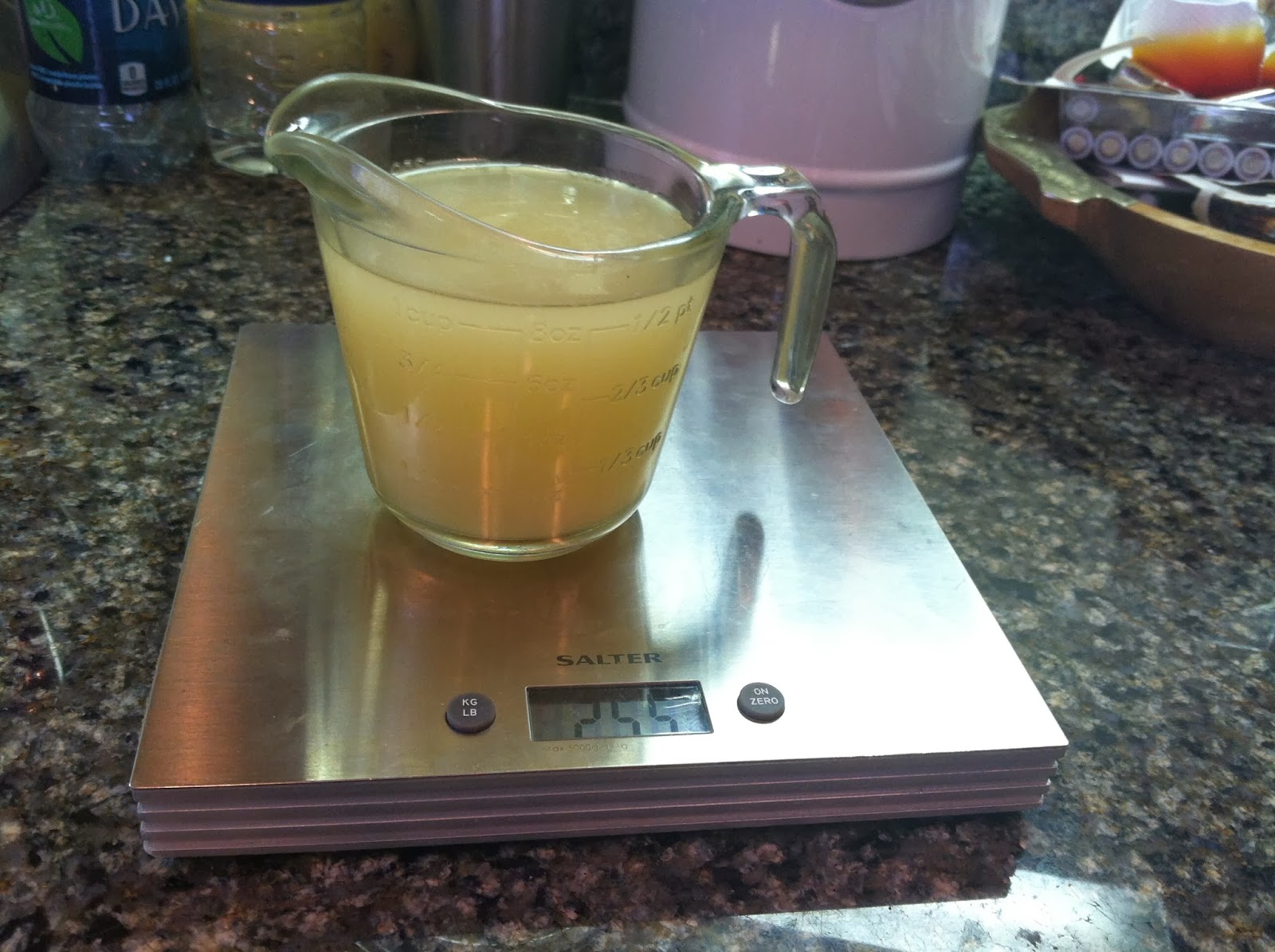 3. Pour the bean water into the bowl with the flour, salt and yeast. 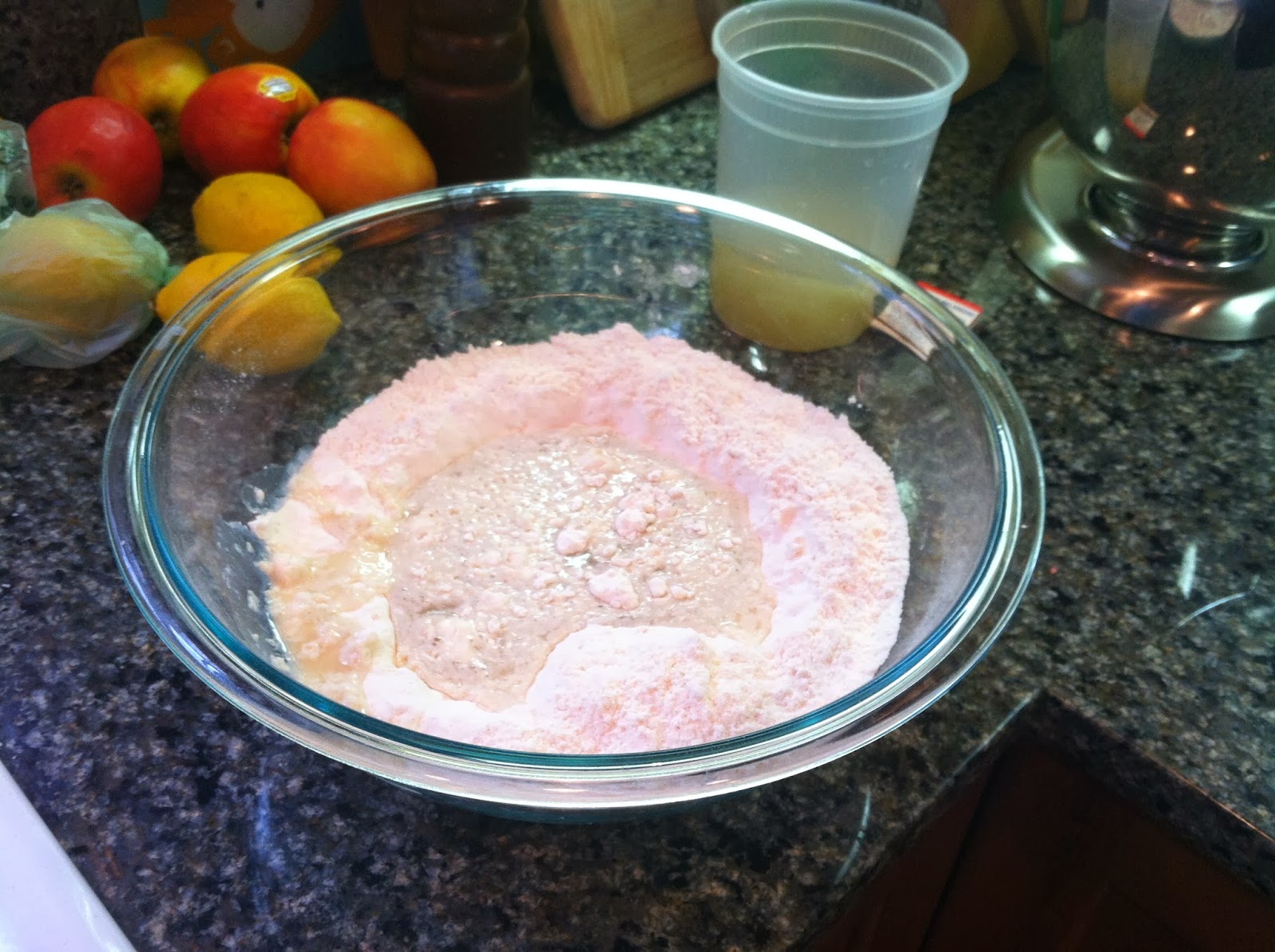 4. Grip the bowl with your left hand. Using your right hand, vigorously stir to incorporate the dough.  If it seems dry, add a splash more of your bean water.  When it comes together easily, cover the dough with plastic wrap. 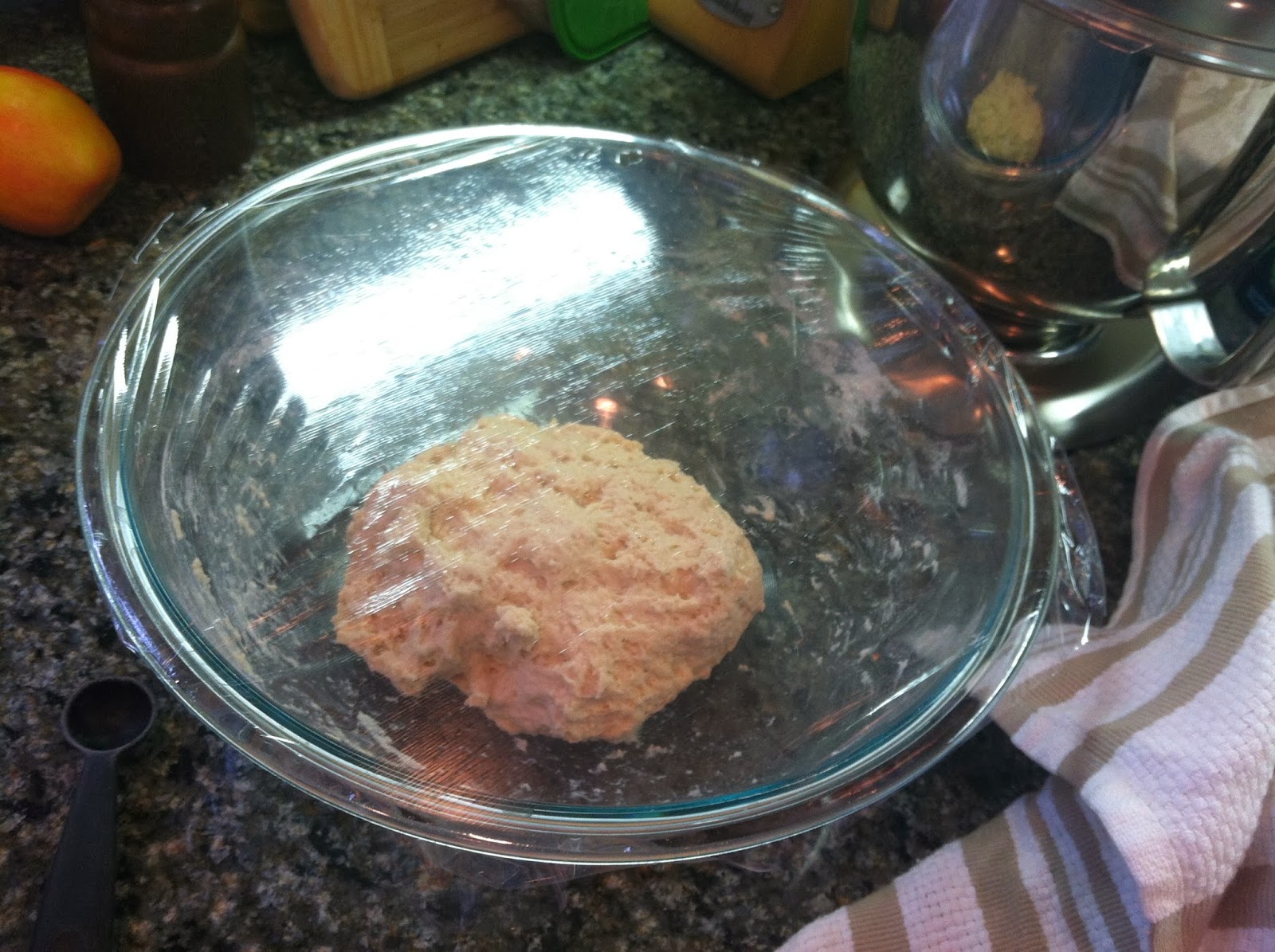 5.  Here is where I feel sorry for people who insist on kneading their bread for 15 minutes. 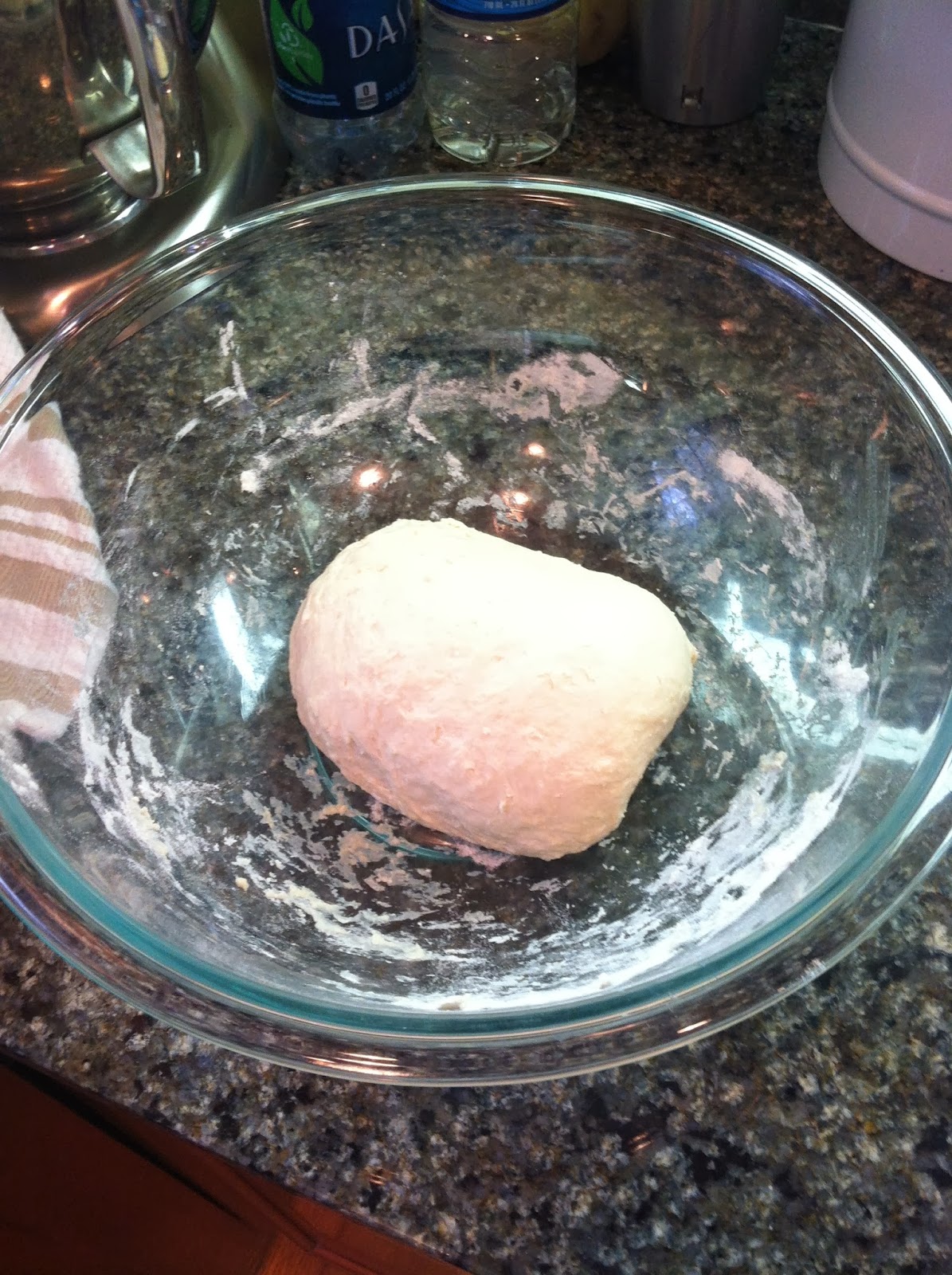 After 15 minutes of resting, take the plastic wrap off the bowl (don't throw it away!) and gently fold the dough a couple of times.  See?  The dough is smooth and pliable like you just spent 15 minutes kneading it into submission, and you didn't do a darn thing.  Ok, now put the plastic wrap back on and let it rise another 2-3 hours, until it has doubled in size. 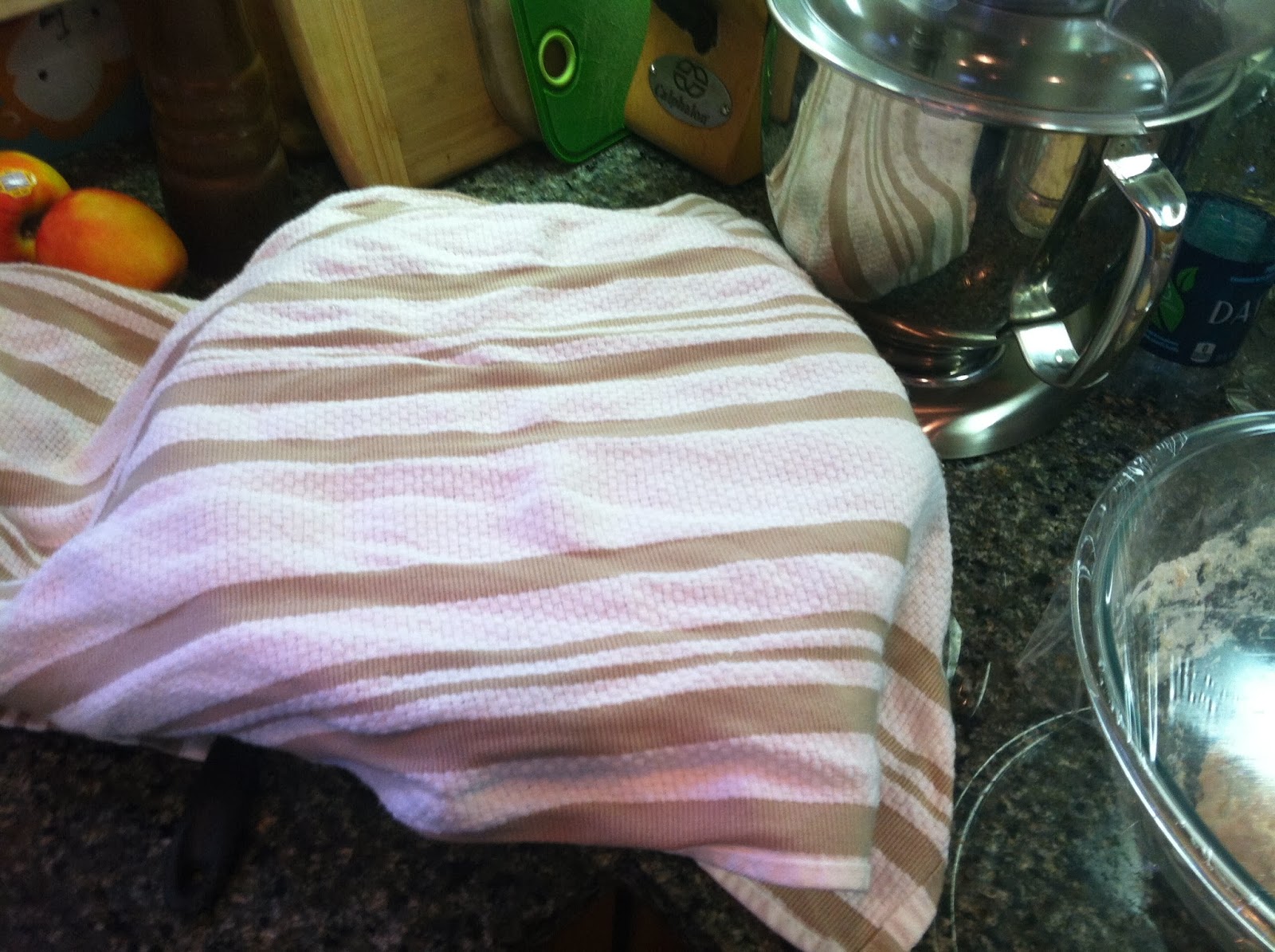 6. After it has doubled in size, punch it down ONCE (one punch to deflate it!) and then gently shape it into a ball.  Transfer it to a sheet of parchment paper to rise a second time.  Preheat the oven to 425 degrees F and slide your dutch oven inside the oven to heat up. 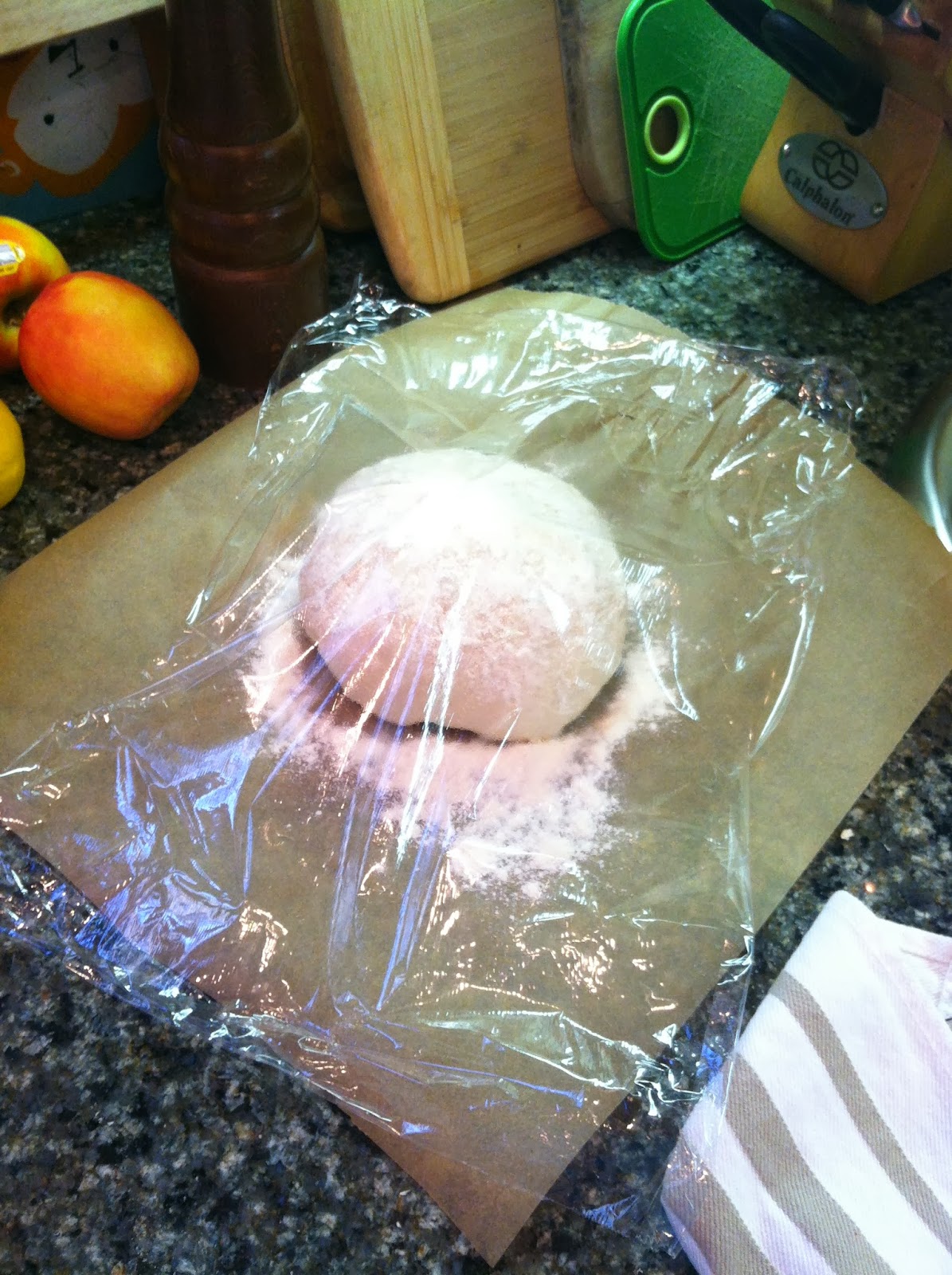 7. When the oven is ready, remove the plastic wrap and score the top of your loaf with a sharp knife. 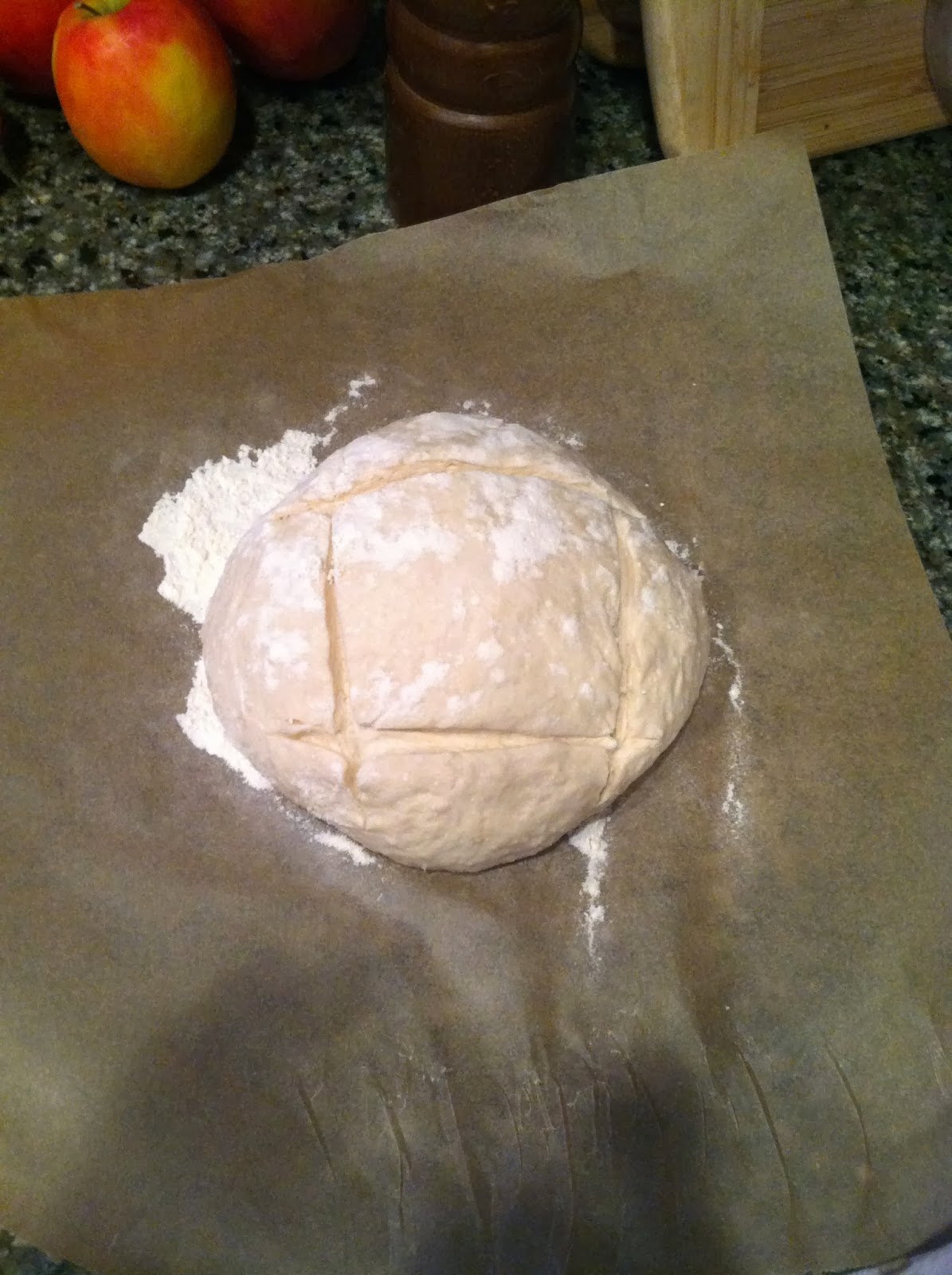 8.  Transfer the loaf on the parchment paper to the dutch oven and bake, covered, for about 25-30 minutes.  Remove the dutch oven lid and bake another 10-15 minutes until the loaf is nicely browned and the top is solid when tapped. 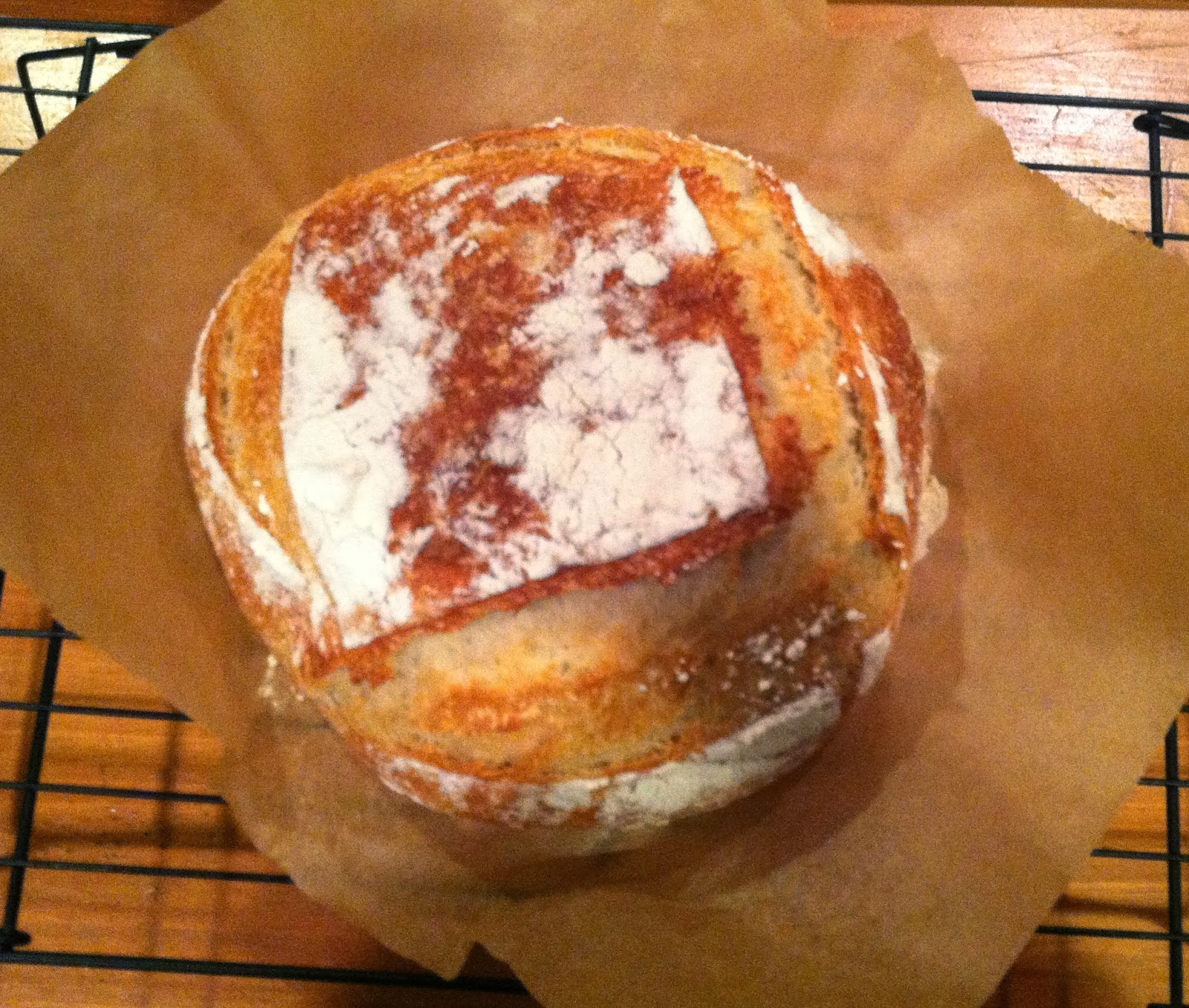 This loaf has a very soft crumb, which I believe is due to the bean water. 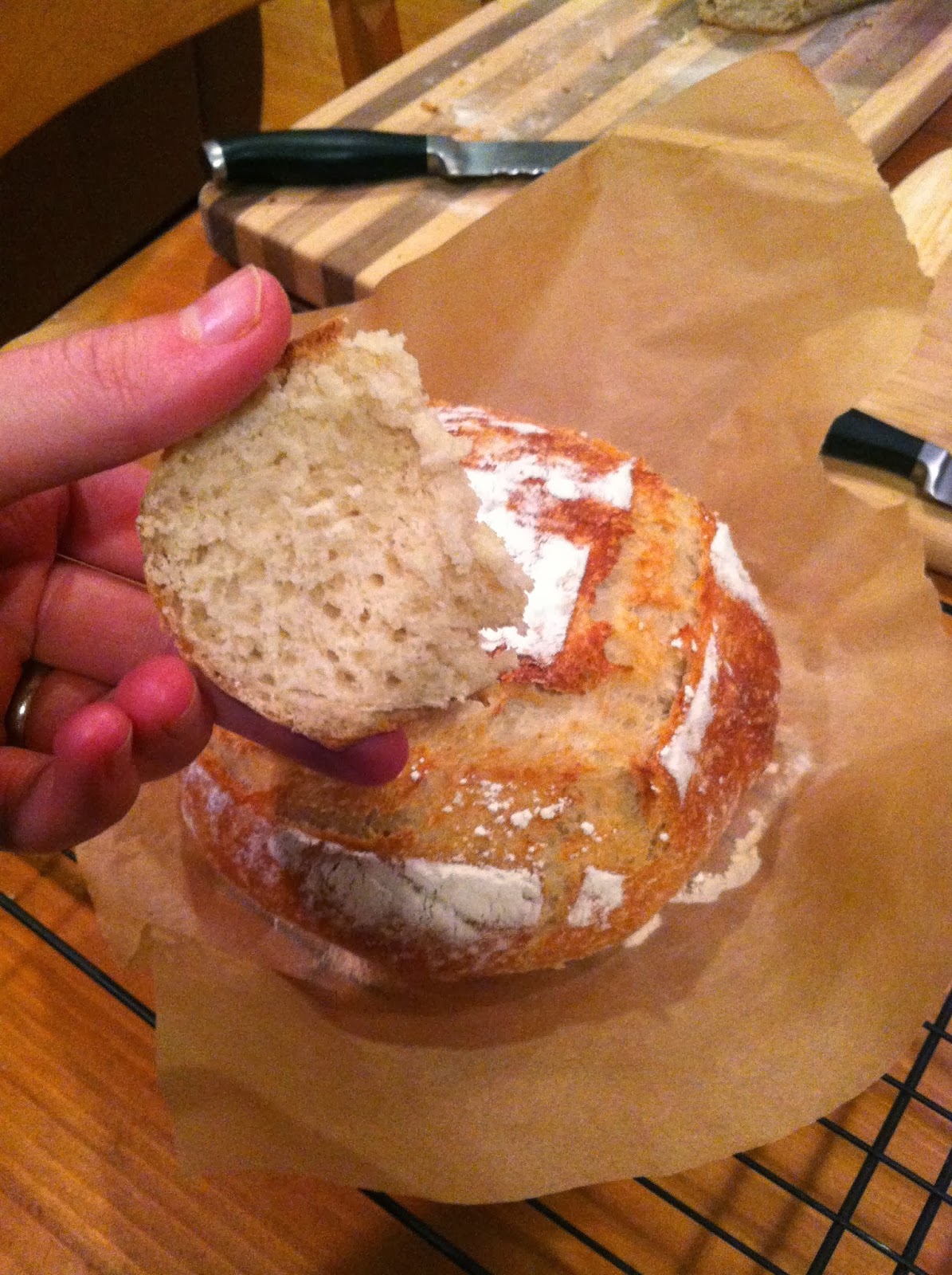 I have been using it all weekend for sandwiches, french toast, and just spreading with butter and sprinkling with sea salt.  There is no detectable "beany" taste.

So, Mr. or Ms. Commenter on that website: it can be done!  You can successfully use leftover bean water in bread, and I plan to do it whenever I have bean water on hand.  You should too!

Wish me luck. I work at a Mexican Restaurant, and they throw out Bean Water all the time, so I decided to take some home and experiment. Since I always (almost always!) check the internet to make sure that there might be something about what it is that I'm trying to do, and ergo, I found your recipe.

I found your post when looking up lima bean bread recipes. After having overcooked (to mushy) a pot of baby lima beans, I decided to dissolve some of the bean mush in water and filter out the husks. The idea of adding it to a bread recipe came to mind, so I did. The dough turned out beautifully and I added toasted flax seeds while kneading. Soft crumb is right, but with a nice crunch to the crust! Glad to see I'm not the only crazy person to experiment with otherwise wasted nutrition. :)

I do it too, after having substituted the cooking water from spaghetti squash for water in my bread machine recipe. The veggie "likker" (I also wondered what to call it!) does something magical to the dough.

Have been using the water from cooking beans to make sourdough bread for a while now. I also add Chia seeds… So I would say I’m making a higher protein, higher fiber Sourdough. I have not noticed a significant difference in taste. The bread is delicious, high And light.
We have many recipes from the Pennsylvania Dutch that use potatoes and potato water for bread, donuts and A few other desserts. Potatoes make things extremely light and flavorful, so you should try it, maybe with the Parker House type roll to start.

I'm wondering why my bean-water bread turned out tasting and smelling slightly sweet(?). I cooked some cannellini beans in water and chicken broth a few days ago and had exactly 2 cups of liquid left over. I bake everything whole-grain and as I'm out of hard white wheat I tried using Kamut(R), which I normally use only for pasta. I used my grain mill to make 6 cups of flour and used almost all of it, along with 3/4tsp active dry yeast (added to the heated liquid), 1 1/2 tsp. salt, 1/4c. granulated honey and 3T oil. (Normally I would add eggs and even some sour cream but I wanted to try just this basic recipe.) After an overnight rise I divided the dough and made two freeform round loaves, letting them rise for another couple of hours before baking at 375F for 20 minutes. Even with the chicken broth it smelled fruity, almost like banana bread while baking and when I tasted a slice once the loaves were cool it had a slight, pleasantly sweet taste and aroma.

I normally add 1/3 cup honey to my sandwich bread which uses 9 cups of flour, but this doesn't taste, much less smell sweet; so I'm doubting the granulated honey would have made that much of a difference here. This is only the second time I've used Kamut flour in baking, the first time using it to make cinnamon rolls which are of course a sweet bread - but even then they didn't taste or smell fruity. I'm not aware of this grain having a naturally sweet flavor even if it's milder than wheat, so the banana-like smell is especially baffling. Does something happen to bean liquid as it sits at room temperature, such that starches are converted to sugar? I'm not disappointed with the results here and will most certainly be putting any future bean-water to use, but the result here is a head-scratcher whether or not it's reproducible.