The Science Behind... the risen loaf 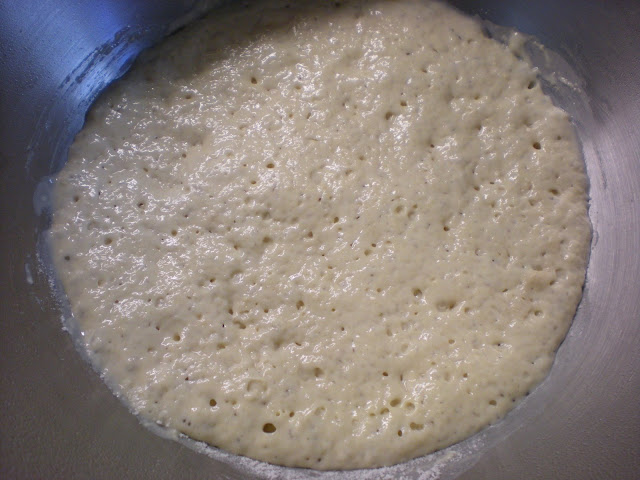 Today we'll be discussing the most misunderstood part of breadbaking ... the rise!

1. What do you mean, "rise?"
2. Why does bread need to rise?
3. What causes bread to rise?
4. what causes bread not to rise?
5. How can I make it rise faster/slower?
6. Differences between baking powder/baking soda/ commercial yeast / sourdough starter 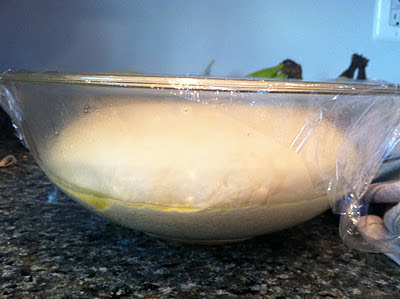 1. What do we mean when we talk about bread rising?  Think about the last time you ate a piece of bread.  It probably had either big or small holes inside the soft part of the bread.  Those holes were made during the rising stage. A successful rise is crucial for good bread. 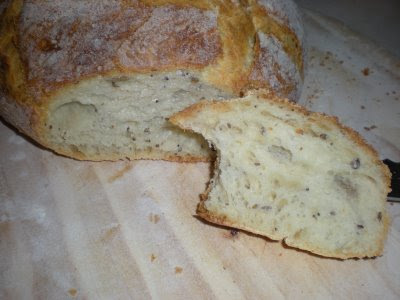 2. Why does bread need to rise?  Bread that doesn't go through a rise is very dense.

Think about it: if you are familiar with the story of Passover, you know that the Hebrews didn't have time to let their dough rise in their escape from Egypt and slavery so they baked it unleavened.  Eating matzo, which looks like a large crispy cracker, is the way modern Jews observe the prohibition on leavened bread during Passover.  Crackers are a type of unleavened bread.

Side note: one time in Sunday School, we were doing a lesson on the Passover and I brought two loaves of bread that were made with exactly the same ingredients and baked the same, but one was allowed to rise and the other wasn't.  The taste difference was pretty amazing!


Some breads only rise in the oven, such as quick breads like banana bread.  However, yeast breads require a separate leavening step because the gluten net needs to form to trap the carbon dioxide bubbles that eventually create the holes you were admiring in question #1.  The period of time when a bread dough rises is also referred to as its fermentation, proofing, or leavening period.  I'll explain more about this in a second. 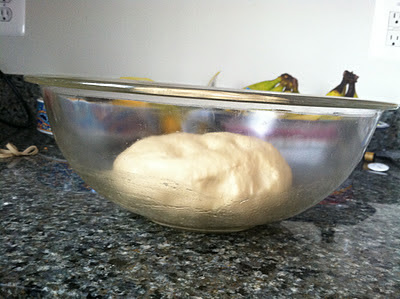 3. What causes bread to rise?  Let's back up for a second and talk once again about the science of bread.  If you've been following this series of posts, you know that yeast bread relies on the relationship of three ingredients: flour, water, and yeast.  More specifically, 1) the relationship between the gluten net created by the flour and the water, and 2) the production of carbon dioxide as the yeast eats the sugars in the flour.  A successful bread is one in which the gluten net successfully traps the carbon dioxide.  These two processes must work in tandem.

So why all the fancy words for the rising step?  They describe different chemical changes that occur.  The proofing or leavening, is what you call the physical rising process that you can see.  Fermentation, however, is how flavor develops during the rise.  You see, not only carbon dioxide is released when yeast eat up all the sugars created by the flour and water.  Other gases are released as well, and these develop the flavor of the bread.  That's why, if you try to rush the process by adding a ton of commercial yeast, your bread won't taste as good as if you let it rise slowly, trapping in all those yummy gases. 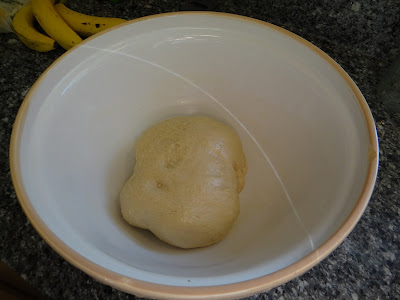 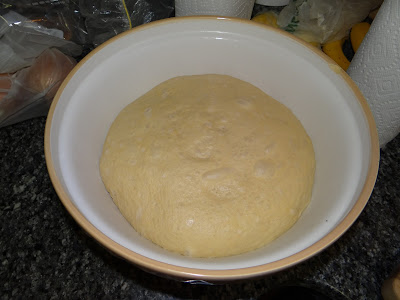 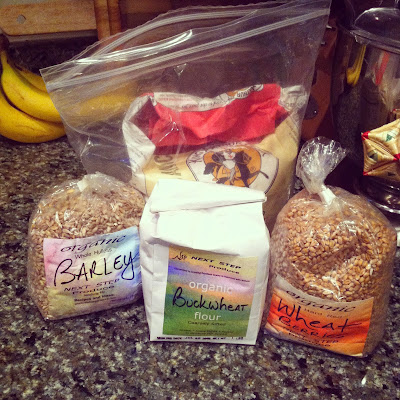 5. How can I make my bread rise faster? There are a few different ways to make your bread rise faster, although I would definitely proceed with caution here.  The best flavor comes from giving yeast a long time to rise and release tasty gases during fermentation.
What if I want to make it rise more slowly?  Pretty much just do the opposite of what I advocated above.
6. Differences between baking powder/baking soda/ commercial yeast / sourdough starter.  Most of this post has been about using commercial yeast for leavening your bread. 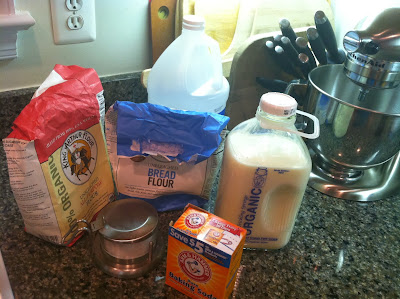 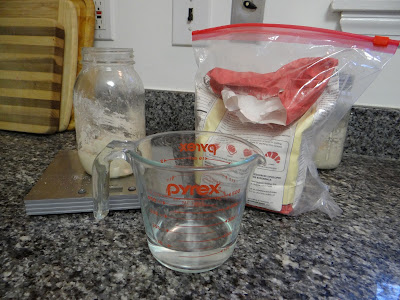 Update on the sourdough starter - I borrowed a sample from my MIL and it's now going gangbusters!  I'll hopefully have a post about it soon.

I hope this post was helpful.  If you have other questions about yeast or the fermentation process, please let me know in the comments.
Posted by Bread Maiden at 3:12 PM