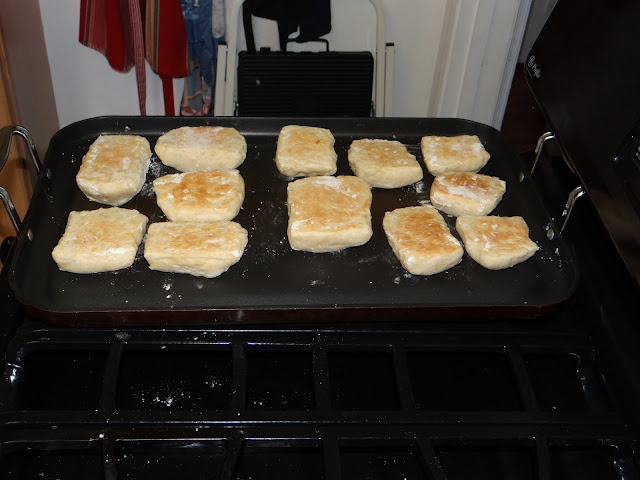 I thought I would write a short post on the science behind pan de chapa (and by extension, English muffins), since the technique for cooking them on a griddle is different from basically every other bread I've ever done. 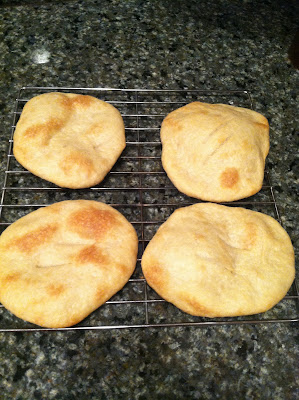 That's not to say griddle cooking is unique to pan de chapa.  Most quick breads are baked on a griddle - think roti, chaputi, tortillas, or pita (some people even cook pizza in a searing hot griddle).  What do they all have in common?  They are flat breads, so they cook quickly with most of their surface touching the heat source and don't get a crisp crust like most breads baked in the oven. Some flat breads are leavened with yeast, others are not. 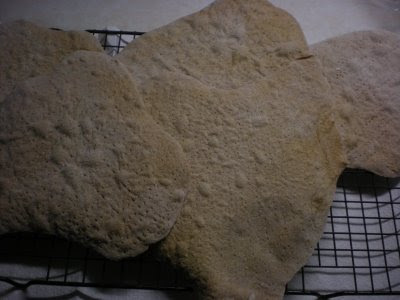 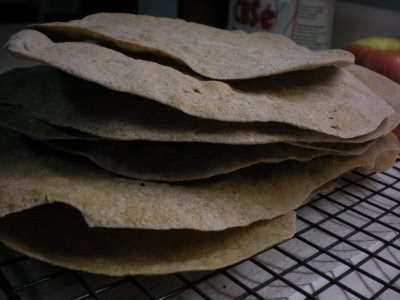 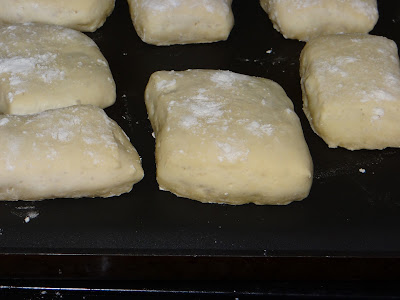 1. What makes griddle cooking unique from other cooking methods?  From a science perspective, cooking on the griddle removes two types of heat that are responsible for baking bread - radiation and convection.

For those who need a refresher, bread baked in an oven relies on three sources of heat: radiation, convection, and conduction.

Radiation is the heat that is put out by the oven.

Convection is the warm air circulating inside the oven.

Conduction is the bread dough's contact with a hot surface, such as a baking sheet or dutch oven.

By cooking your dough on a griddle on the stove, you are only really working with a conductive heat source (the griddle). That means heat transfer is only happening on one surface of your dough - the one touching the griddle.  For this reason, you don't have to worry about the top and side surfaces hardening and browning too quickly.

Which leaves you to focus on the browning that occurs on the bottom of your dough as it cooks.

Browning is a good indicator that your bread is doing what it is supposed to be doing: 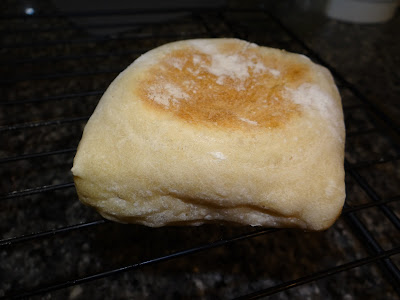 2. High heat or low heat for best cooking?  Good question!  It depends on the bread you want.  High heat is good for breads that become crispy when they cool, or that puff up to form a pocket, like pita bread.  Low heat is better for softer, denser breads like English muffins, bread for gyros, and pan de chapa. 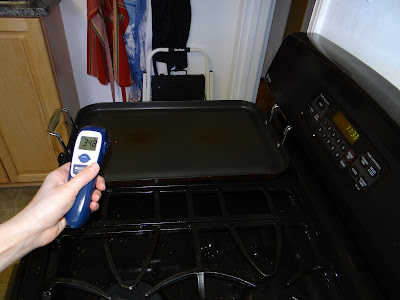 3. To grease the pan or not to grease the pan? I've seen recipes (including Mallmann's) that suggest you grease the griddle before cooking the dough.  However, my MIL's English muffin recipe doesn't call for it, instead coating the dough with corn meal to keep it from sticking to the griddle.  I think perhaps doughs that are higher hydration could benefit from a light touch of oil but I'm not entirely sure.  I mean, pancake batter is a dough cooked on the griddle, right?  And I butter the griddle before adding them.  So, I guess the answer to the question is... maybe? High heat and a firmer dough can prevent sticking, so I would suggest trying those before resorting to oil or butter. 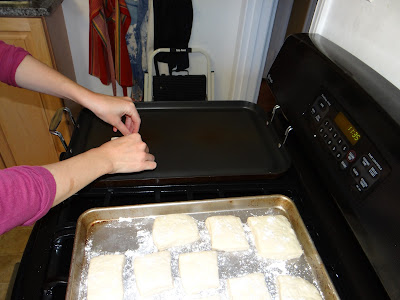 4. How can I tell when the pan de chapa is done?  It depends on how accurate you want to be.  For some truly flat, flat breads, they puff up, solidify or turn brown.  Since pan de chapa is pretty thick, you might choose (as I did) to take the internal temperature of your breads to make sure each one is fully cooked through.  When the middle of the bread reaches 190 degrees F., it is done.  Otherwise, just keep checking how the browning is going, and when both sides are nicely browned they are done.  If your crust is browned but the inside is still doughy, never fear - just slide them on a baking sheet and put them in a 350 degrees F oven for 10 minutes or so. 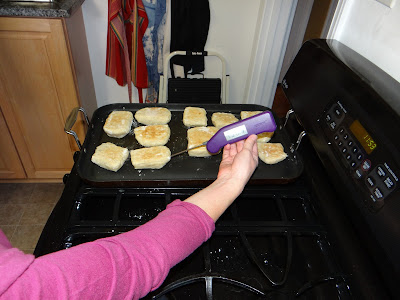 5. Why did you add sourdough starter to the pan de chapa dough?  For leavened breads, the yeast bacteria don't just make your bread puffy by releasing carbon dioxide- they also release ethyl alcohol, which gives bread lots of good flavor.  The longer you give your bread dough time to ferment, the stronger and more flavorful your bread will be.  That is why sourdoughs taste so good - the starter has been fermenting for a long time, building up the ethyl alcohol. 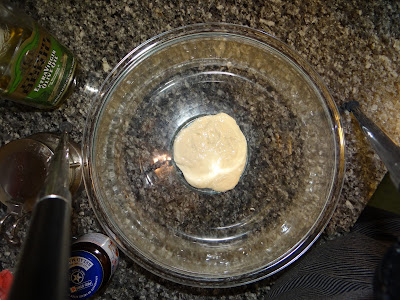 Francis Mallman's pan de chapa recipe, however, has a very short fermentation time- only about two hours.  I wanted the breads to have lots of flavor, so I threw in a bunch of active sourdough starter along with the commercial yeast.  You don't have to do this, though.  If you don't have any sourdough starter laying around, you could always mix up the dough and stick it in the refrigerator overnight to ferment. 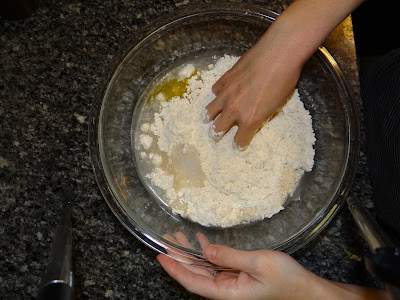 My MIL was suggesting other ways to add to the flavor of these - rosemary would be nice, or lard instead of olive oil, or even shredded cheese like cheddar or parmesan.

Thanks for checking out my post on the science behind pan de chapa!  If there's anything I missed or something that's unclear, please leave me a comment below. 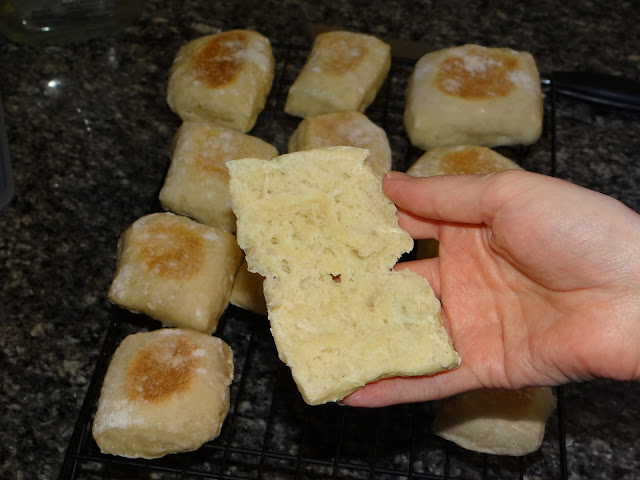 I Like Your Blog Very Much. I see Daily Your Blog, is A Very Useful For me.