Sunday School Baking: Brigadeiros for the story of Simon Peter 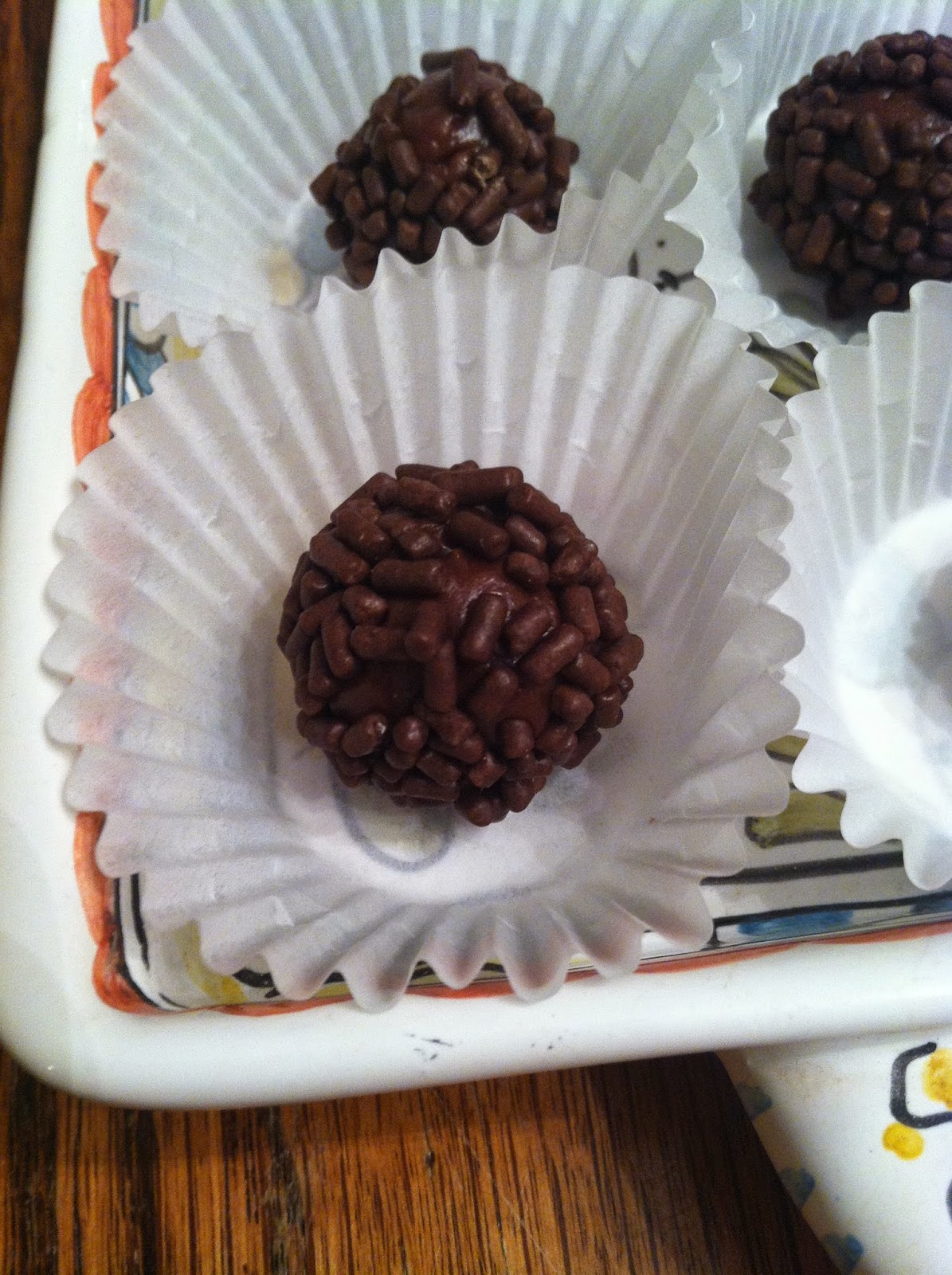 This month in Sunday School we've been following the story of Peter (aka Saint Peter, aka Simon Peter), and every week the kids have been asking me to make these candies.  They've even gone so far as to ask God for divine intervention during prayer.  So I decided that for the last Peter lesson I would bring them in, and the kids went wild.

I first made them last year during our David and Goliath lesson (since brigadeiros look like little rocks), but the kids made the connection immediately when our pastor taught them that Jesus named Simon 'Peter' because he was to be the rock upon which the Church would be built.  Or as one of the kids calls him, "Rock-o-Peter."

This recipe is totally easy to make. But don't tell them, or they'll want me to make it every week! 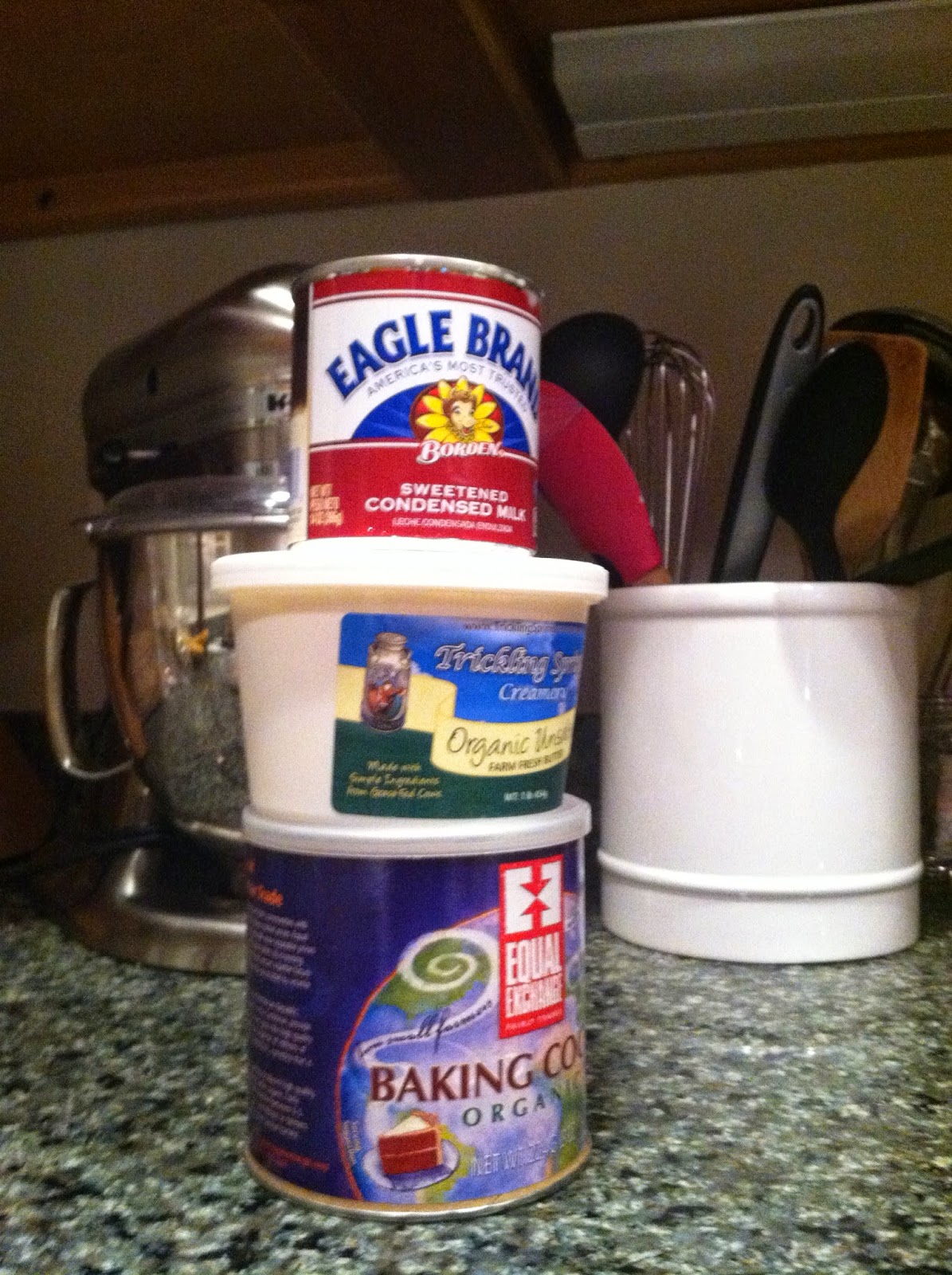 1 14-oz can of sweetened condensed milk
3 tablespoons cocoa powder
1 tablespoon butter, plus more for greasing a pan
1/3 of a cup of whatever you plan to coat the brigadeiros with: sprinkles, cocoa powder, coconut flakes or crushed nuts all work well.

1. Before you do anything, grease a flat or shallow pan.  Set it aside.  It doesn't need to be big.

2. In a small pan, add the condensed milk, cocoa powder and butter and stir on medium heat with a wooden spoon until it boils. 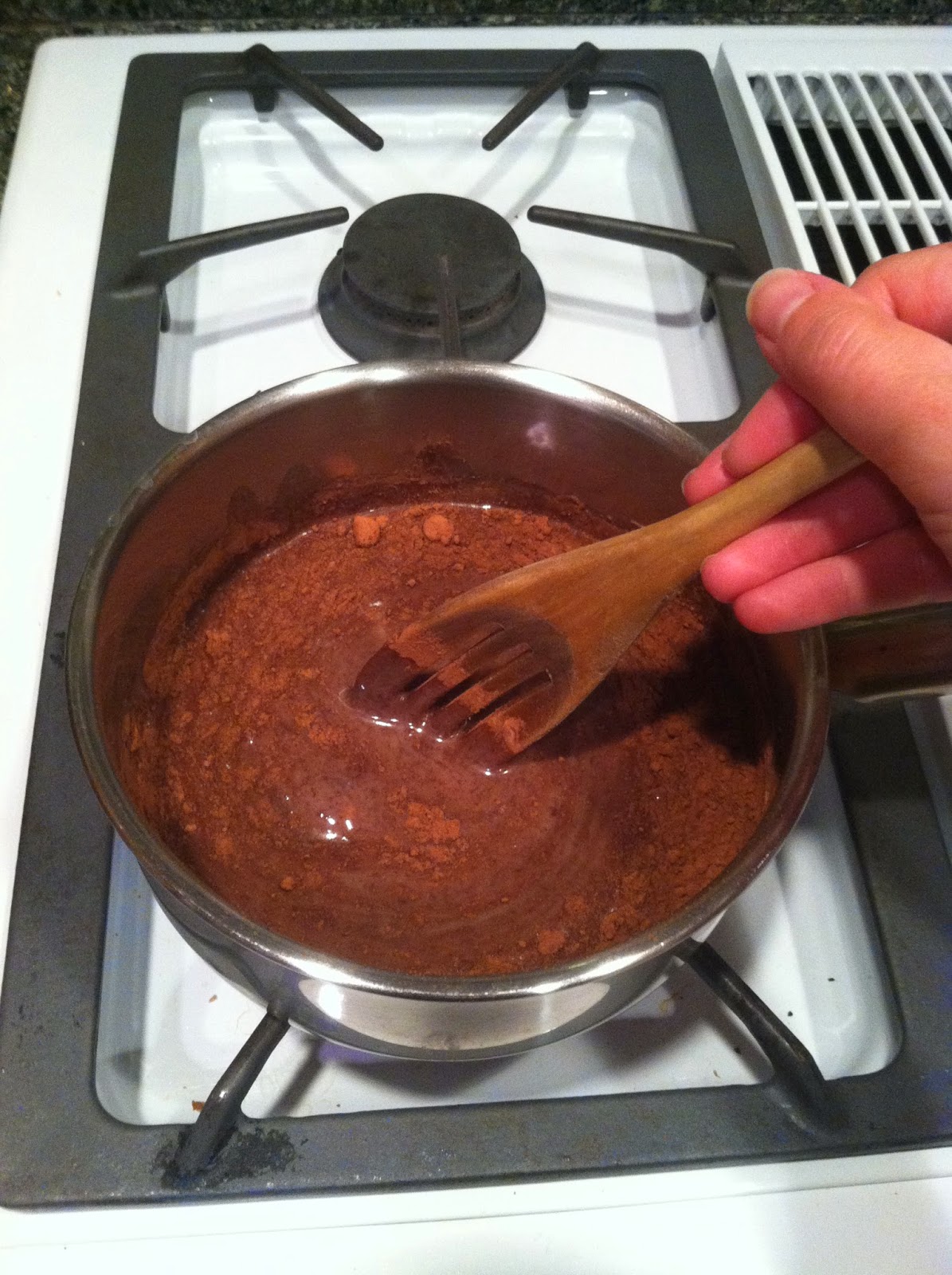 3. Once it starts boiling, turn it down to low and continue stirring. You don't want any sticking to the bottom, so use the wooden spoon to scrape the bottom. 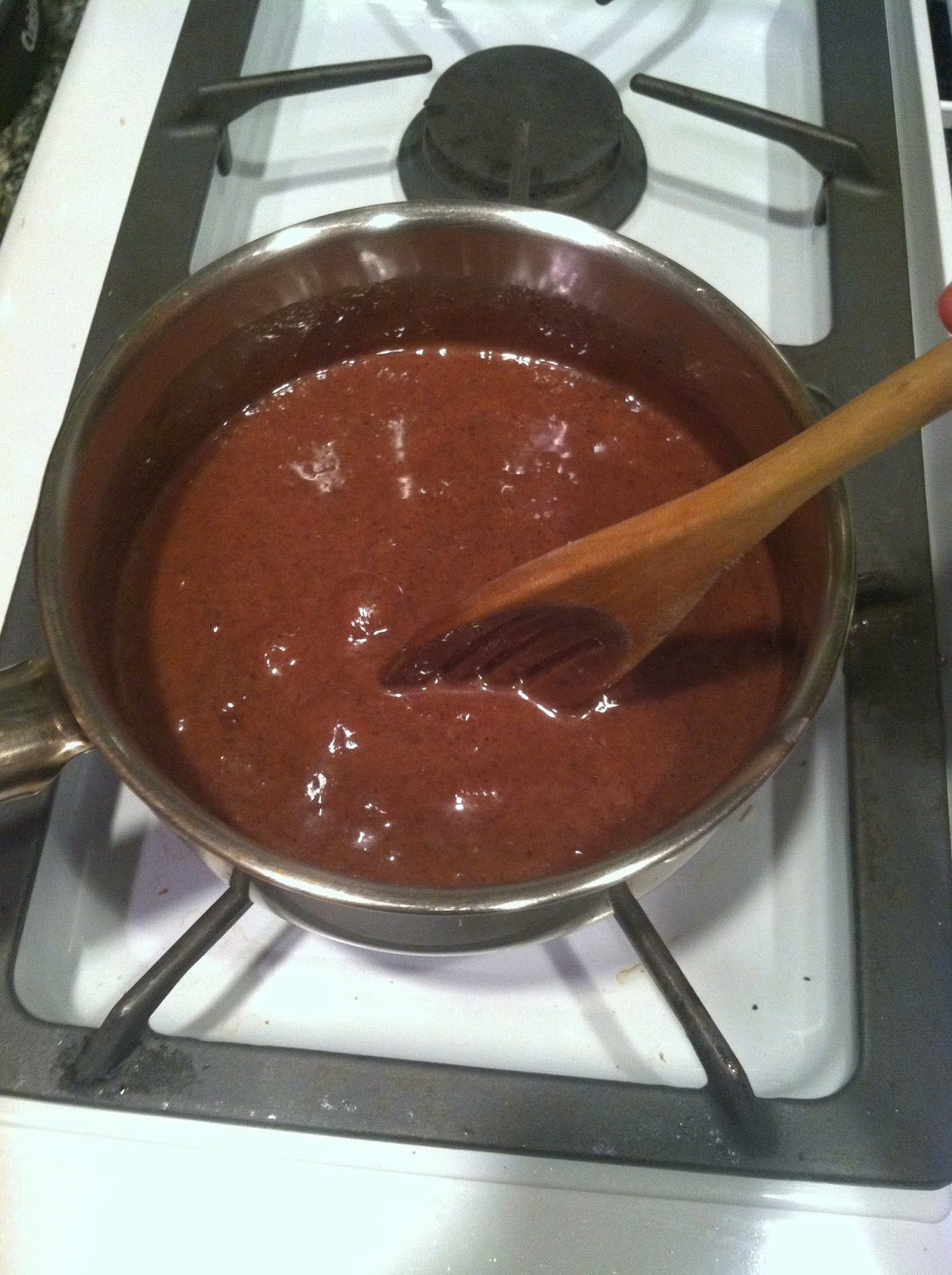 4. Continue stirring for 10-15 minutes while the mixture thickens.  Here it is after about 5 minutes. 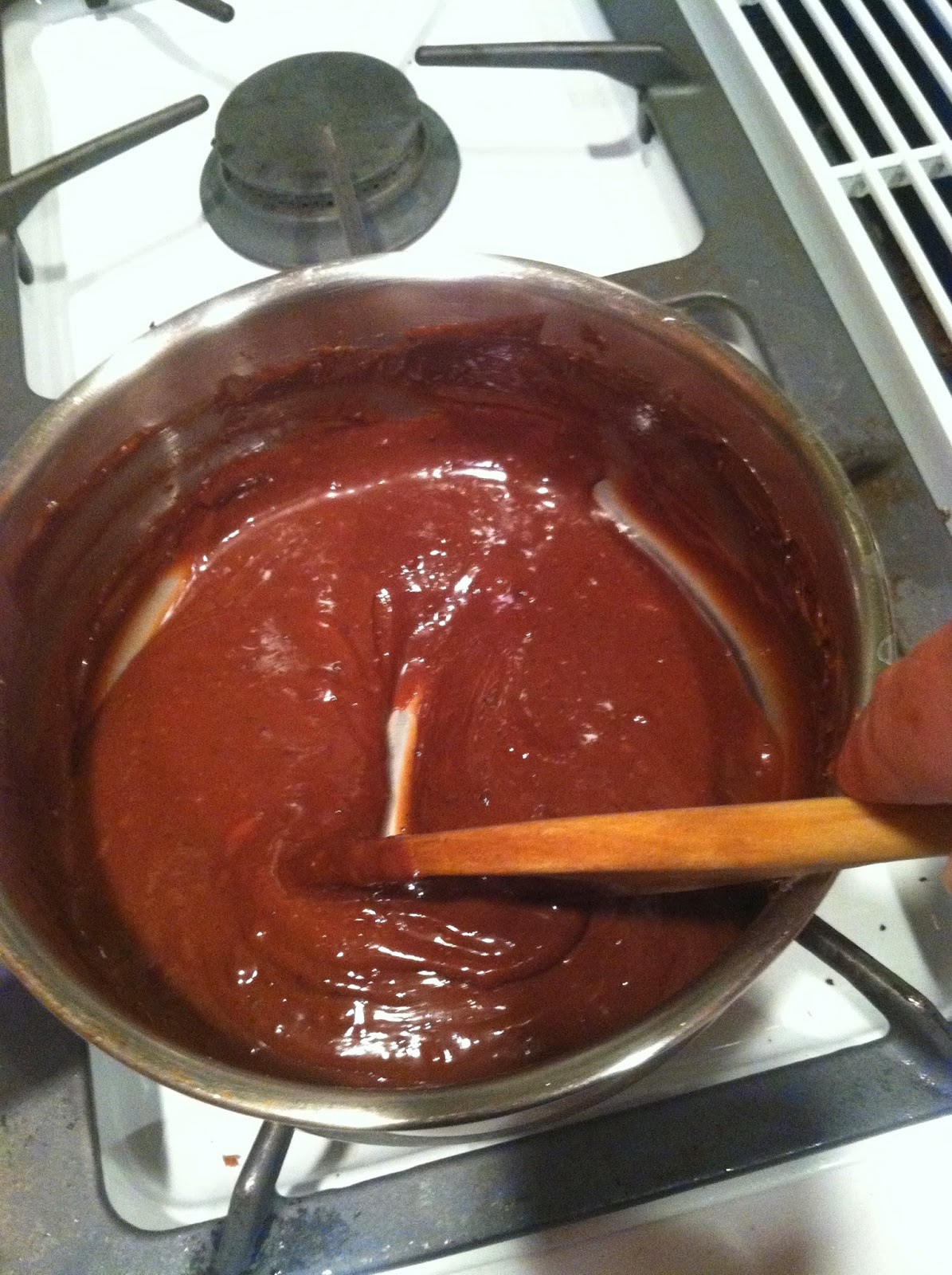 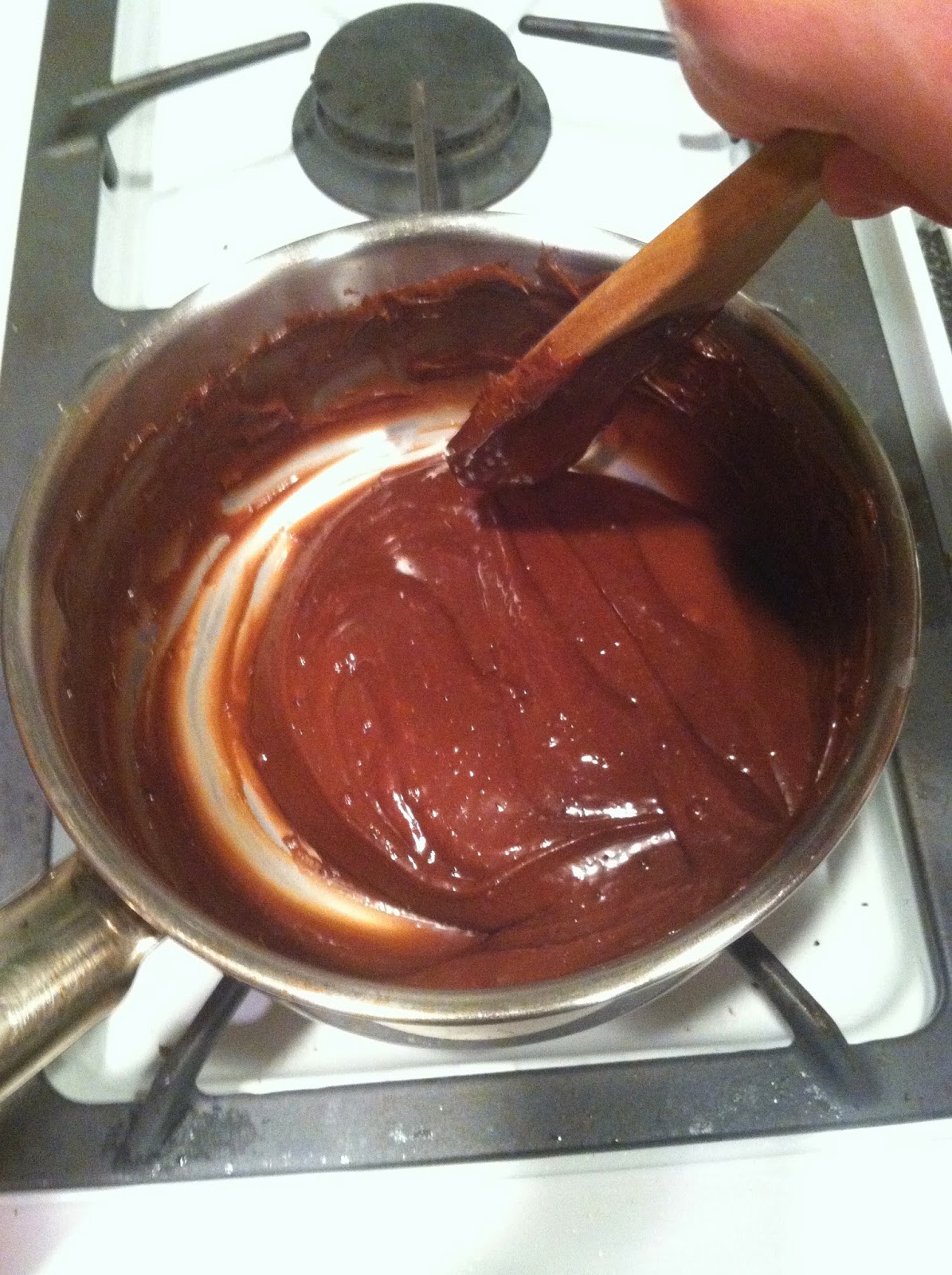 And after 15 minutes, it started to develop a "film" on the bottom that I couldn't scrape off.  That was how I knew it was done.   This is the film; unfortunately I was working quickly at this point and couldn't stop to take a picture. 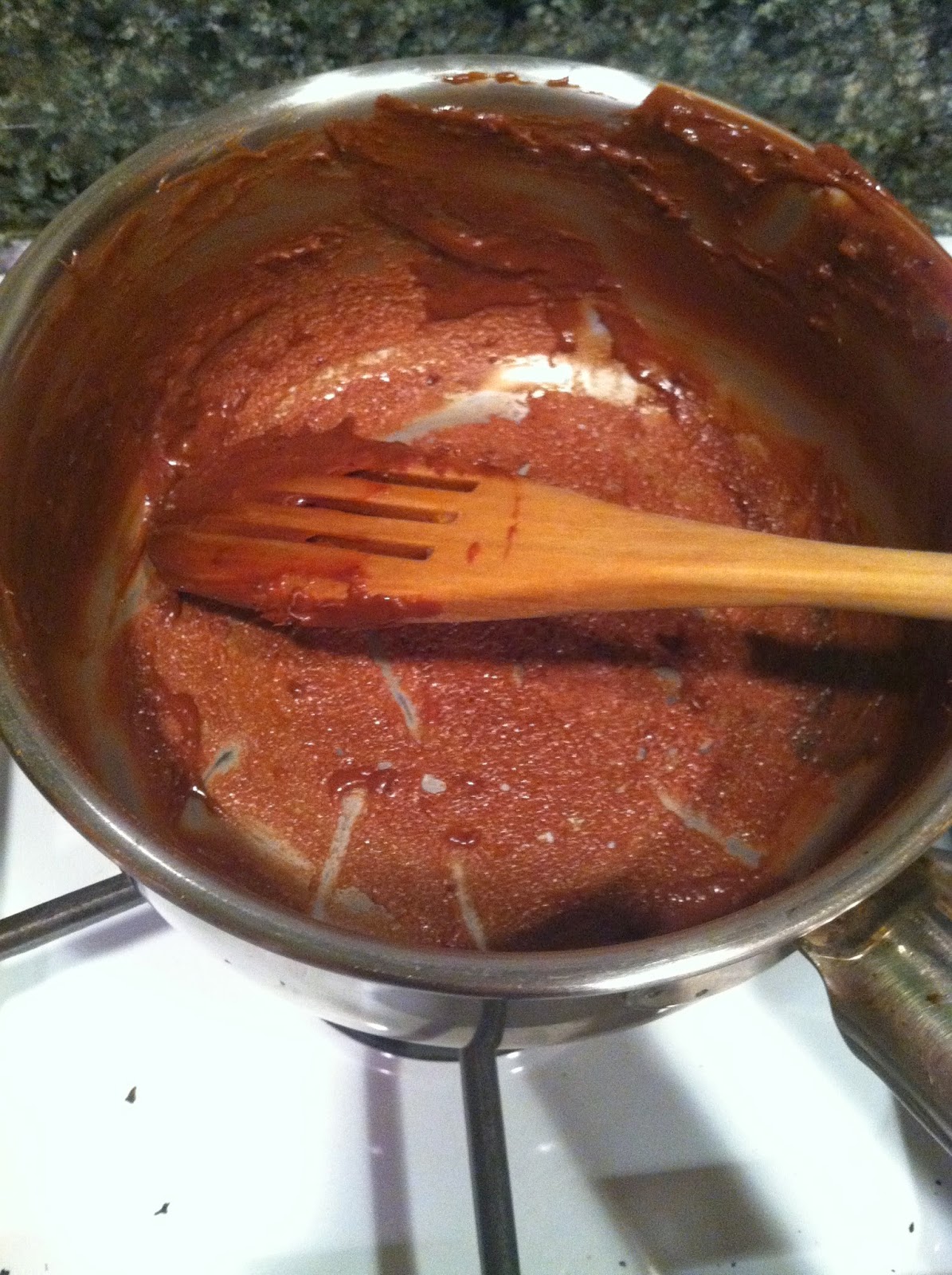 5.  Using the wooden spoon, I transferred the mixture to the greased pan and let it cool to room temperature. 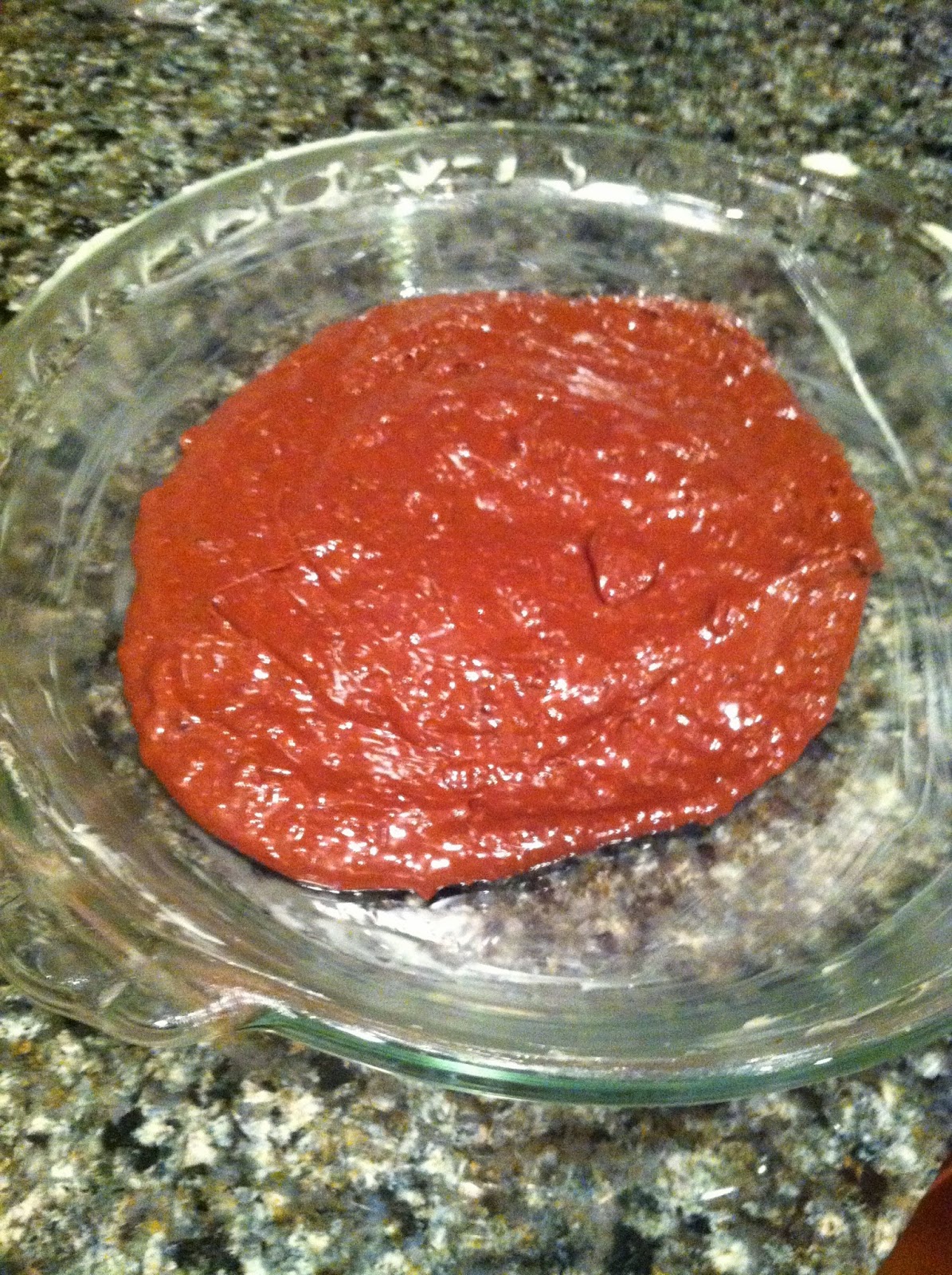 6.  The colder the mixture, the easier it is to shape and roll into balls.  So I threw it in the fridge for about half an hour until it was very firm.  You can work with it at room temperature if you want, but it's very, very sticky.

8.  Take a little bit of the mixture in your hands and roll it around until it forms a ball.  I made them bigger last year, but some of the kids (and I) found them a bit too rich and sweet so I decided to make them smaller so they would be just enough.  If that makes sense.  I used a 1/2 teaspoon scoop to get the balls the right size. 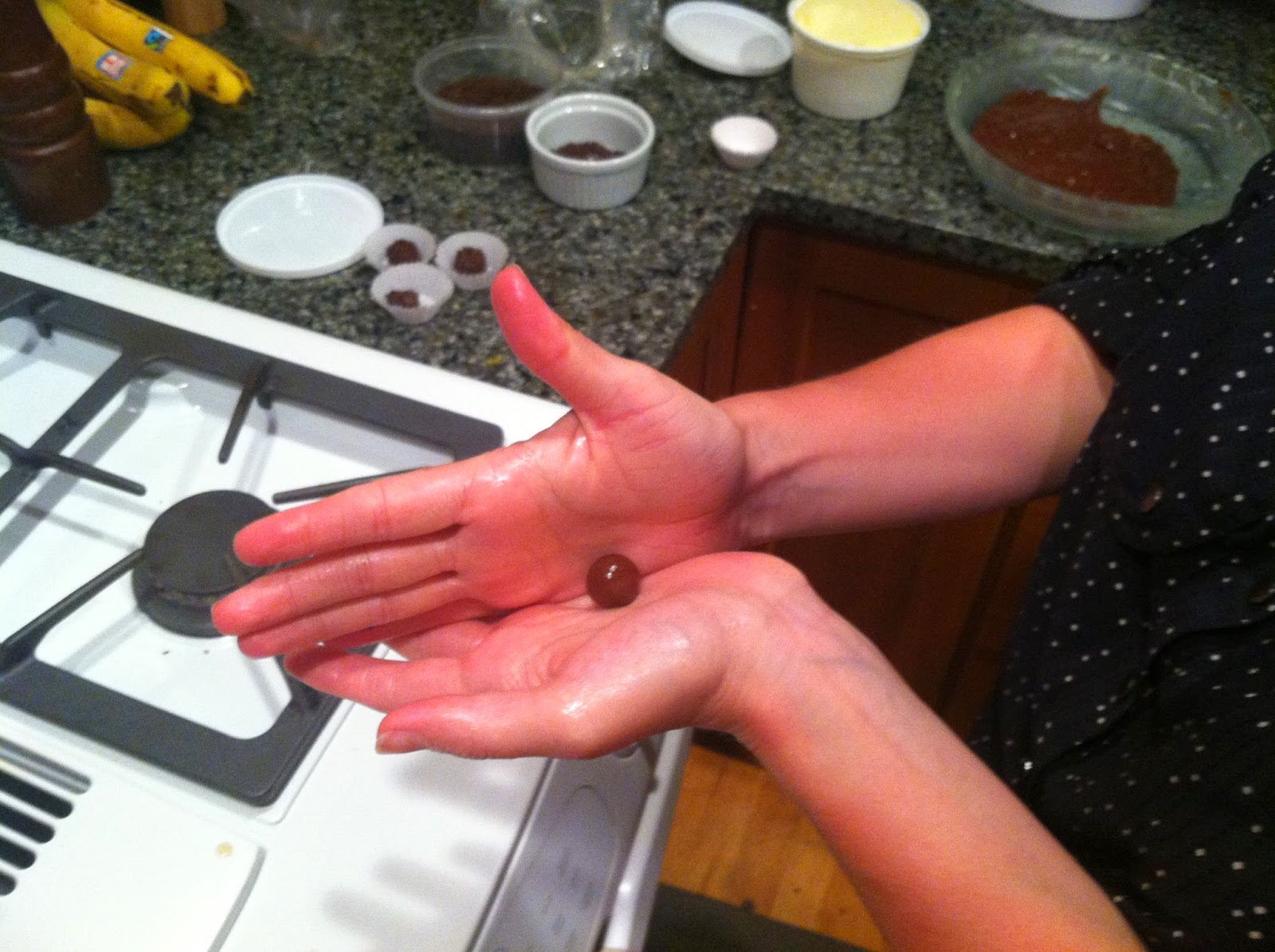 9. Drop it in the topping of choice and roll it around until it is completely coated. 10.  Gently move the finished brigadeiro to its muffin cup and move on to the next one.  Since mine were about 1 teaspoon in size, this recipe made a ton.  I think it made about 50 brigadeiros. 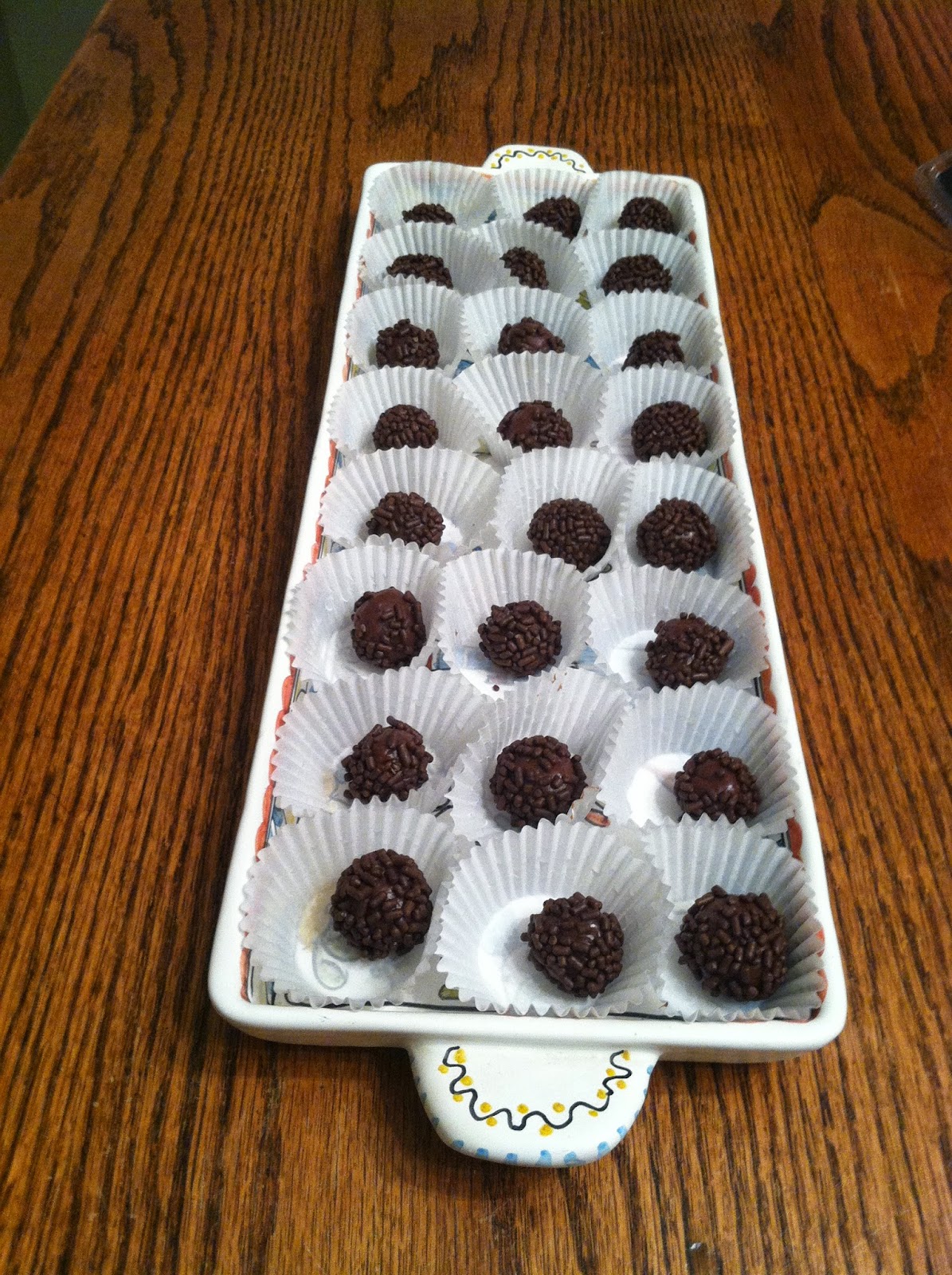 I brought the ones for class on a pretty platter.  The rest I covered with plastic wrap and stored in the fridge.  The key is keeping them cool so they don't melt.  The nice thing about these is that they are gluten- and soy-free, and nut-free if you don't roll them in nuts. They are a sweet treat that the kids really enjoyed as a farewell to Rock-o-Peter!
Posted by Bread Maiden at 10:05 PM