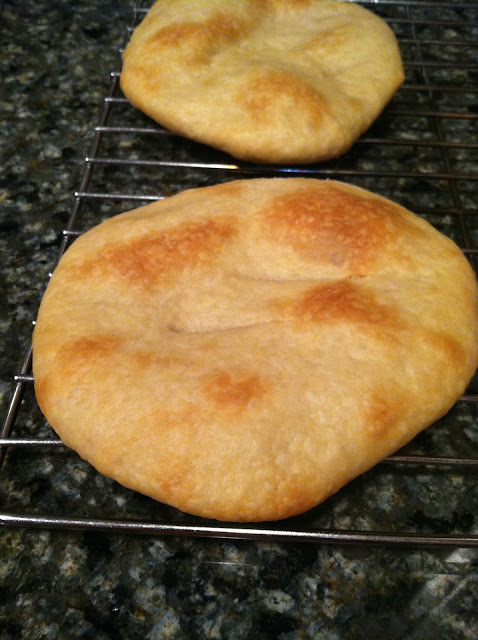 As part of her Global Burger series, my dear friend and food writer Joanna O'Leary asked me to help her come up with an Argentina-style burger.

Of course I jumped at the opportunity.

While it may be confusing, this does not mean a burger in the style Argentines typically eat, which looks like this: 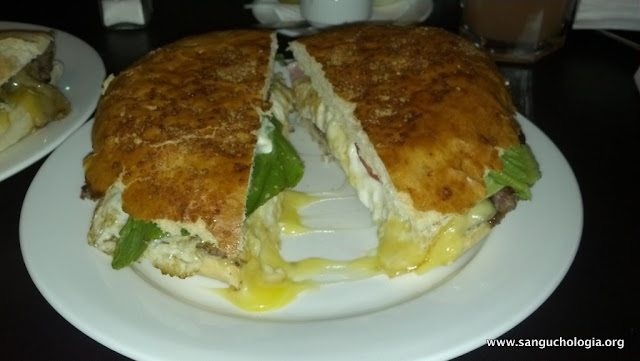 Argentina hamburgers are typically served with a thin beef patty, soft bun, tomato, lettuce, cheese and a fried egg on top.  It is quite tasty.

While you'll have to read Joanna's article to see the final product, I decided to devote a blog entry to the bread we chose as the bun:


It was difficult for me to track down the origins of the sopaipilla because there are so many different varieties.  According to Wikipedia, the sopaipilla has a long etymological history but that it came with the Spanish to the Americas and quickly spread and diversified. 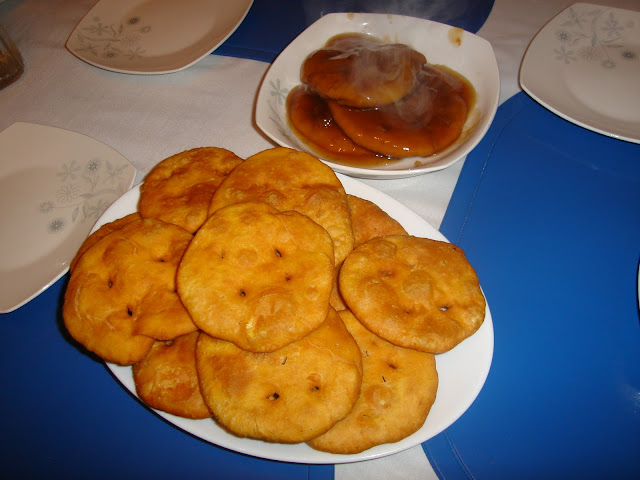 The Mexican version is sweet and crunchy, the Chilean version uses pumpkin puree, and even within Argentina it goes by several names: torta frita,  kreppel, etc.  The book I bought on Argentine cooking in 2000 calls them Fat Crackers.  It can be baked, pan-fried, or deep-fried.  In Mendoza it is the custom to make and eat sopaipillas when it rains, although I'm not sure why.

Well, as long as it's raining and we have sopaipillas, might as well pass around the yerba mate: 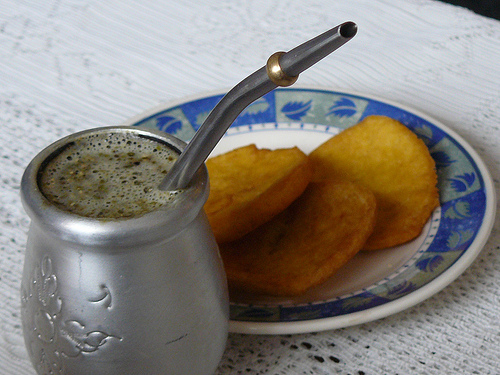 The town where I was an exchange student hosts an annual Festival de la Sopaipilla where they crown a queen of the festival, everyone stuffs themselves full of the pastries, and they dance all night long to traditional folklore music. 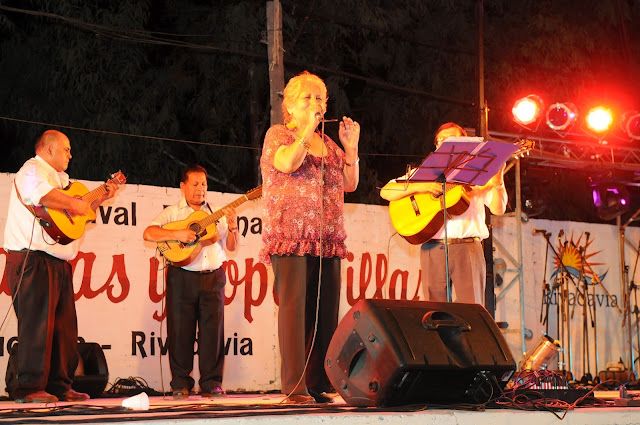 Here is a picture of me, probably AT the Festival de la Sopaipilla, with three friends who perform traditional folklore music. 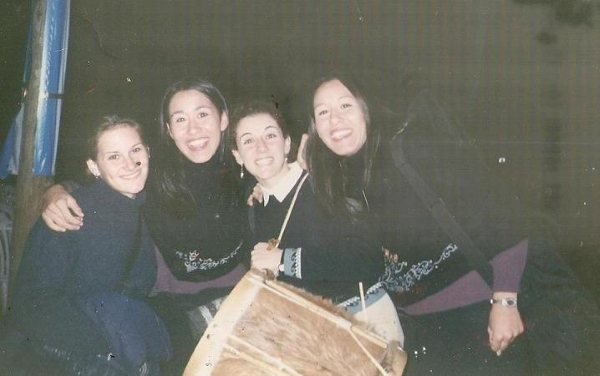 This is where I got my first taste of sopaipillas, and this taste guided me towards the recipe I wanted to use for the hamburger buns.  I didn't want just any sopaipillas, I wanted the ones I ate in Mendoza. 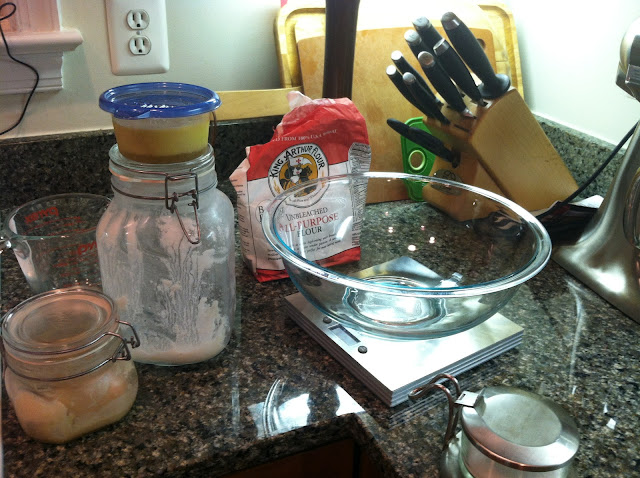 I cobbled together a combination of duck fat, lard, and butter.  It worked out fine. 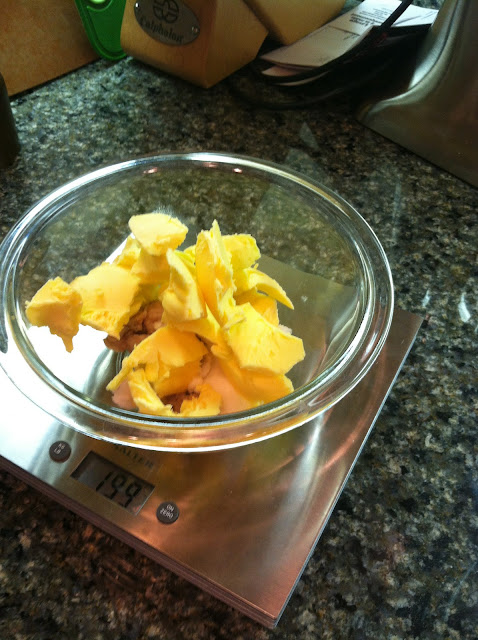 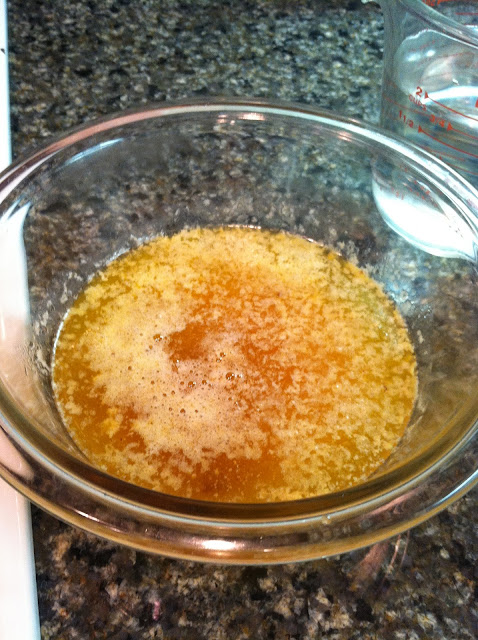 2. Whisk together the flour and salt in a big bowl. 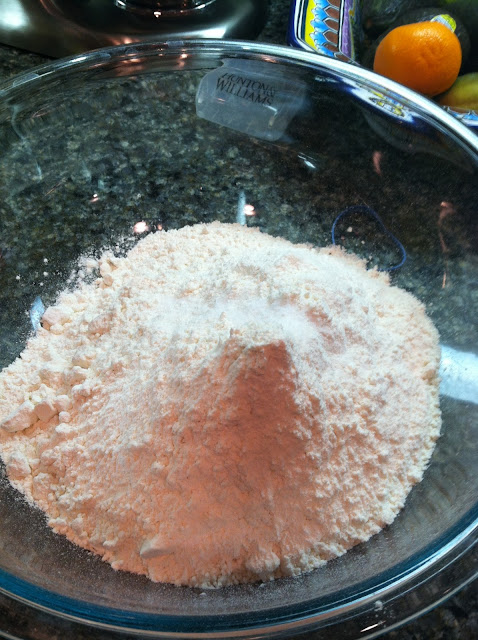 3. Add the lard and the water to the flour and salt and knead for about ten minutes, until the dough is smooth.  This is super easy. 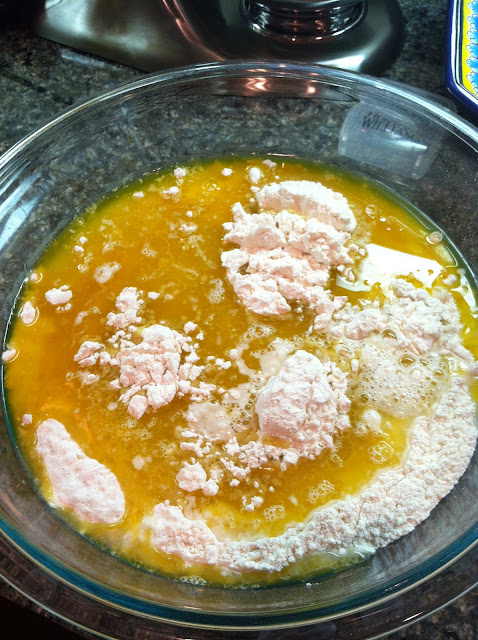 4. Once the dough is smooth, transfer it to a floured surface. 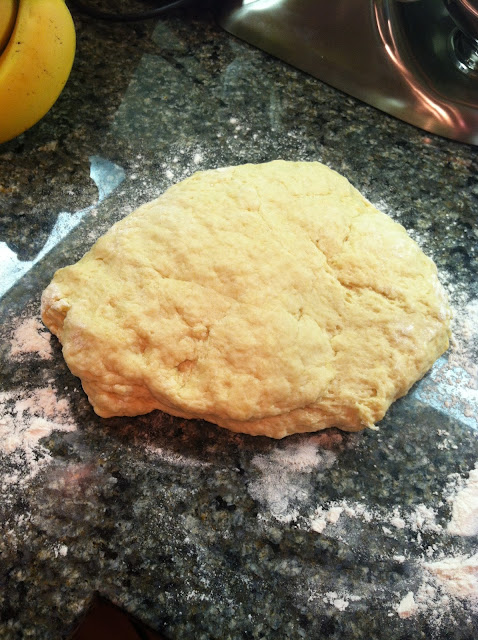 5. Using a pastry cutter, cut into equal-sized balls (I measured the entire dough, divided that weight into 12, and made the balls each the same weight) 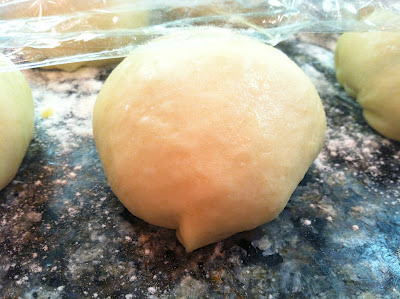 6. Cover the balls with plastic wrap and let sit for an hour. 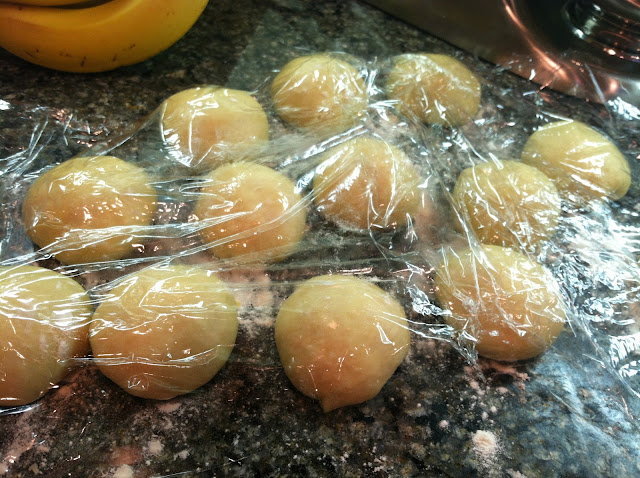 7.  Take out a few baking sheets and either cover them with parchment paper or coat them in butter then dust them with flour.  I tried it both ways, and I found using parchment paper was just fine and less of a mess, but it's your call. 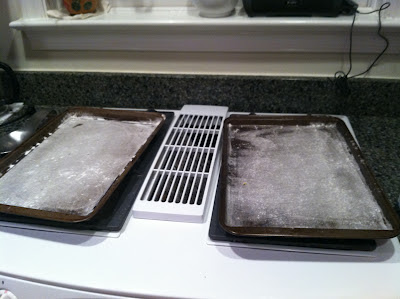 8.  With your fingers, stretch each ball of dough into a flat circle.  Place them on the parchment or floured baking sheets. Cover them with plastic wrap and let them rest while you preheat the oven to 425 degrees F. 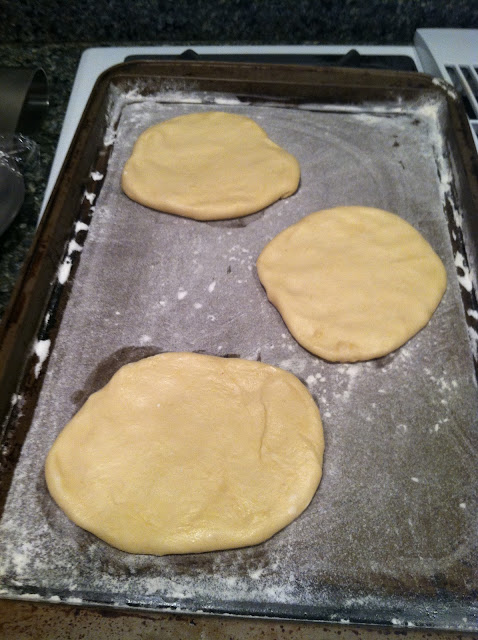 9.  Remove the plastic and with a sharp knife, cut two little slits into each piece of dough. 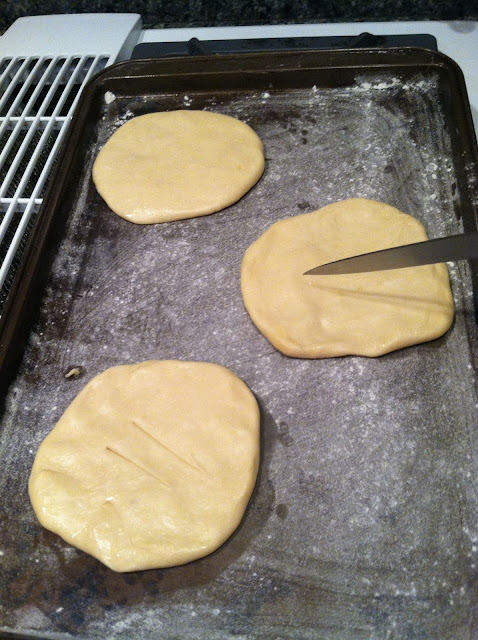 10.  Pop them in the oven and let them bake for 15-20 minutes until they are just golden brown.  When they are done, take them out and let them rest on a cooling rack before either coating them with sugar or leaving them plain. 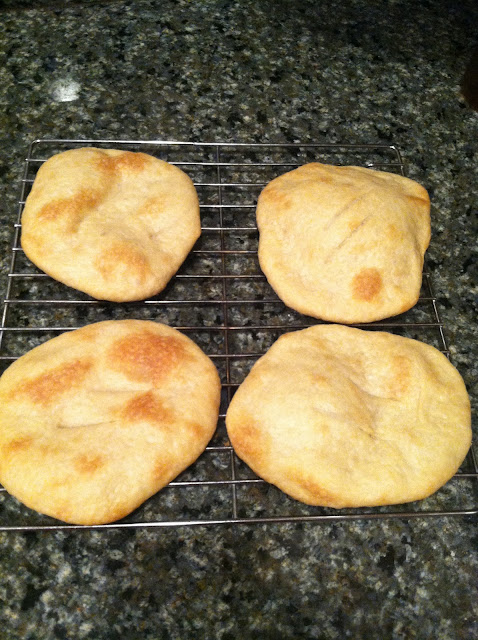 These are super yummy and exactly what I was looking for in terms of taste.  We'll see how they work as buns; most Argentines eat them as sweet pastries and serve them with jam or dulce de leche.  But they aren't sweet themselves, so I think they will work well. 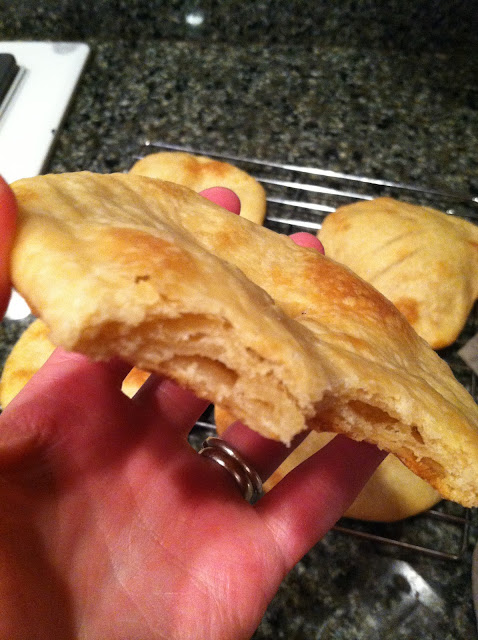 Since making these, I've been eating them for breakfast this week.  The fat in them makes them very satisfying.  And I do put jam on them and accompany them with a nice cafe con leche, in case you were wondering :)

What I would like to say about your post is that you only need to have a look, at first glance, you understand how hard people have worked to write your post, you have not put any useless content at all. . Wrote my post in beautiful words.
call girls in golf course road
escorts girls in sector 2 gurugram
escort girls in sector 1
New year
important to use mask
good friend
escort service in gurugram
Friendships
everyone
gurugram superstar call girl